The Agony of Endometriosis

Unfortunately, endometriosis is the disease of young women in their reproductive age, when estrogen, the youth hormone is in circulation. 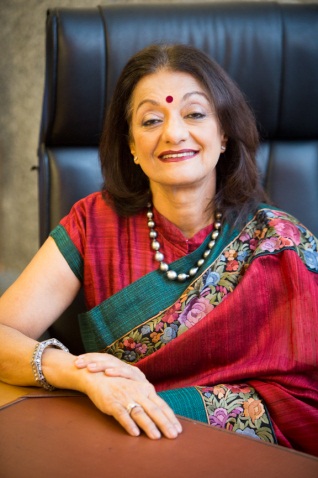 The most severe painful periods in women occur due to a condition called “Endometriosis”. Though it is a benign condition, it can behave like a cancer! It spreads its tentacles from the ovaries to the pelvis and can go further to invade the bowel, the bladder, the uterus, scars in the abdomen wall and sometimes travels even beyond the pelvis and the abdomen into the chest!

Just as the endometrium within the uterus responds, so also does the endometrium outside the uterus responds to the circulating reproductive hormones.  It grows thicker and sheds every month, and when it sheds, the blood which accompanies it, has no outlet. This collection of blood into spaces which have no outlet causes the extreme pain which accompanies this condition. The pain in the early stages maybe mild, but as the disease progresses, the pain gets excruciating and unbearable, leaving a woman in agony which is difficult to be control with routine pain killers.

Unfortunately, endometriosis is the disease of young women in their reproductive age, when estrogen, the youth hormone is in circulation. Hence it can occur in any girl after she starts menstruating but is not seen after menopause. It is important to keep this in mind, as there are many girls who have such severe pain during periods that they actually miss school or college during their periods. Some of them vomit and even faint, and they are told that this is normal, that it also happened to their own mothers, bear the pain, it will go after marriage etc. etc. If only an ultrasound is done, we would be able to treat these young girls and make their lives more comfortable, besides preventing the disease from getting more severe.

The only self limiting event is menopause. Once a woman attains menopause either naturally or due to surgical removal of the ovaries which produce the reproductive hormones causing the endometrium to grow and shed, the disease comes to a halt and regresses gradually. But even after menopause, it can get stimulated once again if the affected woman consumes therapies containing estrogenic compounds such as isoflavones (herbal) or estrogen itself.

Endometriosis is more commonly seen in career women or those who have “Type A” personalities and in women who delay childbirth. Approximately 40% of infertile women have endometriosis which may be mild, moderate or severe. In infertile women, the disease may be so mild that it may not show on sonography. But if we suspect that it may be present, then to prove the diagnosis we have to proceed with a laparoscopy ie. check the interior of the abdomen with a telescope. Besides the pain which it causes in the lower abdomen and back, endometriosis can also be the cause of extreme pain during sexual intercourse which is termed as dyspareunia.

There is unfortunately no cure for this disease as of today, only because we still do not know the cause of this disease. Fortunately we do have potent drugs which can help to keep it under control, but these drugs do have side effects thus limiting their use. Surgery is the preferred choice of treatment for relief of pain especially if excessive. The surgery can be performed laparoscopically or as open surgery, depending on the severity of the condition. The ideal option for infertility management in a woman having moderate or severe endometriosis is Assisted Reproduction (IVF) after removing as much of the disease as possible surgically.

Endometriosis is truly a condition which may make a woman dread the approach of her period and also her sexual partner.