The Biological Therapy of Cancer

Immunotherapy aims to utilize certain parts of a person’s immune system and stimulate them to fight diseases such as cancer. 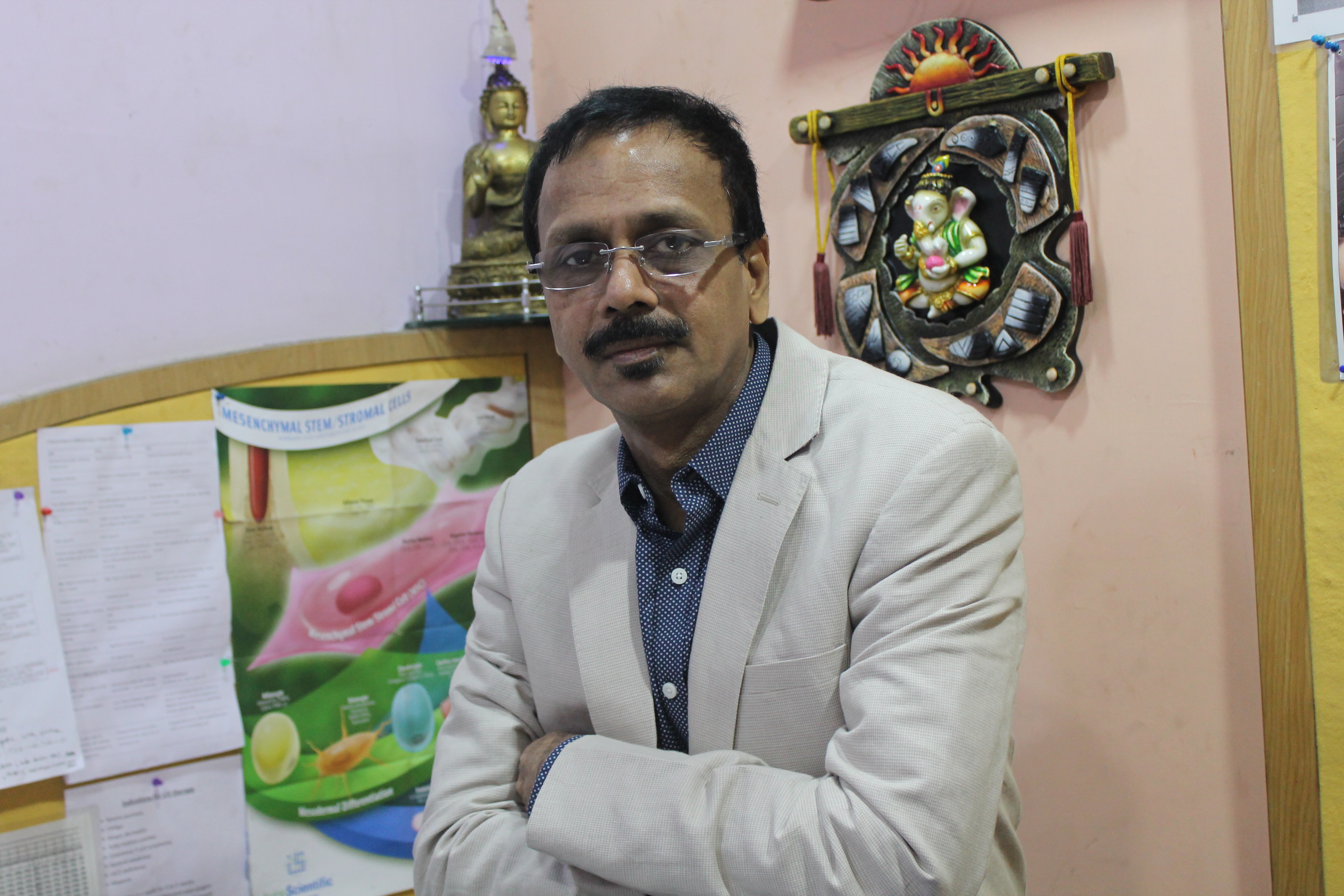 Cancer, the big C, is a dreaded word for patients and medical professionals alike. In simple words, cancer refers to abnormal, uncontrolled growth of cells. Many cancers are not detected or do not cause symptoms until advanced stages, making it challenging to treat the condition. India is showing significant increase in incidence rates of oral, prostate and renal cancer among male population while the female population is showing increased rates of uterine, cervical, breast and thyroid cancers. Chemotherapy, radiation therapy and surgery comprise mainstream treatment modality for various cancers. However, despite advances in these therapies, cure from cancer remains an elusive goal.

Immune surveillance by multiple cell types is responsible for recognizing and eliminating damaged/abnormal cells from the body thereby protecting the host. Nonetheless, there are limits to which the body can respond to illnesses. Cancer is one such condition where the immune system is challenged to keep the uncontrolled proliferation of cells in check. As a result, otherwise healthy individuals are also known to develop cancer. Additionally, cancer cells are capable of ‘hiding’ from the immune system and evade being removed from the body. In other instances, despite recognition of the abnormality, rapid proliferation and substances released by cancer cells may hinder immune surveillance. Recent advances in cancer therapy therefore aim to harness the power of immune cells and train them to specifically attack cancerous cells.

Immunotherapy aims to utilize certain parts of a person’s immune system and stimulate them to fight diseases such as cancer. Immune effectors are capable of identifying and destroying cancerous cells that are inaccessible to conventional treatment modalities. Specificity and generation of long term immune surveillance against cancer cells is the chief goal of immunotherapy. Several types of immune system cells such as: T cells, Dendritic cells (DC), Natural Killer cells (NK) etc. are candidates being researched in cancer immunotherapy.

As universally known, antigen presenting cells (APC) are a group of cells that mediate immune response by processing and presenting antigens to lymphocytes such as T cells. Dendritic cells (DC) are professional APCs that act as a bridge between the innate and adaptive immune systems. These cells function to eliminate extrinsic antigens and are strategically placed at niches/interfaces between internal and external environments. DCs are responsible for the initiation and regulation of adaptive immune responses to viruses, bacteria and tumors. In context of cancer, discovery of DCs and development of the capacity to generate large numbers of these cells through ex vivo culture, has fundamentally changed the approaches to active cancer immunotherapy. Efficient loading of DCs with tumor-derived antigens is at the forefront of most immunization strategies. Proper activation of antigen-loaded DCs can initiate potent anti-tumor immune responses. Immunization strategies may be accomplished either by directing tumor antigens to host DCs in situ or by ex vivo expansion and loading of DCs with tumor antigens and the return of these antigen-pulsed DCs to patients with cancer.

Dendritic cells also interact with host regulatory T cells and are capable of inducing activation and expansion of these potently immunosuppressive populations. Clinical studies using DC vaccines for various cancers have demonstrated the biological activity, feasibility, safety and efficacy of these vaccines. Although these studies are preliminary, results are encouraging in that these strategies may prolong survival in cancer patients.

As an example of cancer immunotherapy, in context of brain tumors, it was earlier assumed that the CNS is immunologically privileged which hindered the development of immunotherapy strategies. However, it is now known that even though dendritic cells are absent in the CNS, microglia act as resident antigen presenting cells. Also, studies have shown that naïve T cells can access antigens originating from the CNS at the cervical lymph nodes and nasal mucosa through cerebrospinal fluid drainage via perivascular spaces. Activated T cells with CNS tropism then cross the blood–brain barrier where they function as either cytotoxic or helper T cells. Additionally, low levels of antibody accumulation in the CNS following peripheral immunization have been described. Overall, therefore, we may describe the immune status of the brain as ‘immunologically quiescent’ and that techniques to activate the immune system should be devised to mount an effective response against cancerous cells in cases of brain tumors.

Immunotherapy may be of different types namely: passive, active and adoptive. Passive immunotherapy targets tumor cell-specific antigens by administration of molecules in the absence of a host anti-tumor response. Active immunotherapy constitutes initiating an effective immune response in vivo, upon immunization against the cancer cells. Adoptive immunotherapy involves the ex vivo expansion and activation of a patient’s lymphocyte before returning these effector cells to the tumor-bearing host to fight cancer cells.

Amongst the types of cells used in immunotherapy, studies are also focusing on chimeric antigen receptors (CAR) to generate non-HLA-restricted tumor-reactive T cells. CARs are recombinant receptors that typically target surface molecules. The reason that CARs are gathering attention is because, similar to APCs, they can circumvent mechanisms by which cancer cells avoid recognition by the immune system cells.

T cells obtained from a patient can be modified with CARs such that they express receptors specific to the particular type of cancer. CAR T cell therapy has shown tremendous anti-tumor efficacy in ovarian cancer, lymphoma, breast cancer and brain cancer. Co-stimulatory molecules and cytokines can also be incorporated into engineered T-cells which can further enhance their anti-tumorigenic activity. Recently, ‘armored CAR T-cells’, which are capable of cytokine secretion are being engineered. One such future generation of CARs being researched is T cells Redirected for Universal Cytokine Killing (TRUCK). Vectors encoding the CAR construct in TRUCKs possess a cytokine expressing cassette which can target specific tumors and their environments. Also, various ligand modified CAR T-cells are being researched that can reprogram the immunosuppressive tumor microenvironment.

Studies have shown that host immune system cells also mediate killing of cancer cells through activation of other types of cells and cytokines. This had led to research on development of combination strategies that can capitalize on the synergistic effects of various immune cells. One such example would be combination of immunotherapy and chemotherapy, radiation or monoclonal antibody therapy.

Despite ongoing research on cancer immunotherapy, we are just at the tip of the iceberg. The need of the hour is development of techniques that would exclusively target cancer cells and spare normal cells and tissues. This is imperative to minimize the side effects of current therapies and achieve tangible results from therapy. Future areas for development in vaccines using immune cells for cancer therapy should include applicability to individual tumor types, optimization of cell biology including migratory and costimulatory properties, and the manipulation of the host and tumor microenvironments to alleviate immunosuppressive mechanisms.