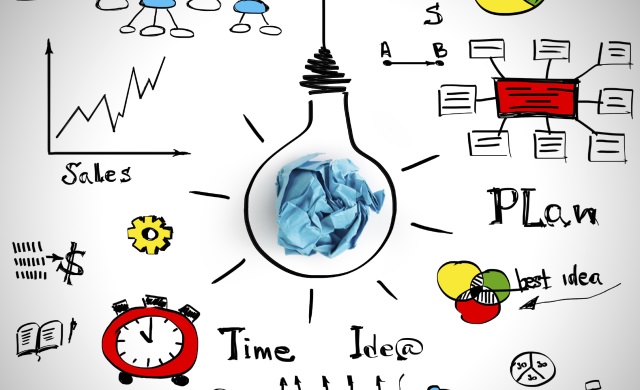 Incorporated in 2010, Mir Lifescience is a Bangalore-based biotech start-up incubated at IBAB (Institute of Bioinformatics and Applied Biotechnology), involved in researching the multiple personalities of cancer cells, and developing diagnostic products for customizing or personalizing treatments that works best in individuals.

Mir operates in the field of applying principles of personalized medicine to cancer.

More specifically, it is developing novel diagnostic tests for predicting which chemotherapy drug(s) is likely to work in a particular patient prior to its administration, rather than the present trial-and-error method.

Cancer diagnosed in early stages often require only surgery because the chances of it spreading is very minimal. But almost always such patients tend to receive unnecessary chemo or radiation therapy.

The tests are also designed to predict which patient needs only surgery and those which can be managed just with chemotherapy or radiation in addition to surgery.

Mir achieves this by analyzing the molecular landscape of a tumor by profiling the activity of various genes involved in cancer.

This molecular landscape -- called gene expression signature -- allows predicting which drug is likely to work in a particular patient, or if the cancer has spread or not, allowing physicians to make important decisions for effective and more precise treatment, rather than trial-and-error methods.

The start-up is part of Cochin-based Mir Group, a multi-faceted business group, whose financial and management assistance helped establishing Mir.

Dr George is an experienced biomedical scientist both in the academic and industry realm.

He was the former R&D vice president at US-based Innovir Laboratories in New York. Prior to that, he served as the junior faculty at the Rockefeller University, USA.

He was also the cofounder and president of Bionova Pharmaceuticals, a New York City-based biotech start-up, focused on developing novel diagnostics for prostate cancer.

Dr George's entrepreneurial sparks began at Innovir, where he spent almost 10 years transforming it from a start-up to a mid-sized biotech organization.

Those years built within him the confidence to start a biotech venture all the way from scratch.

"Basic research is expensive and highly unpredictable leading to near-impossibility of securing financial backing for biotech ventures. So we followed the standard biotech model in practice in the US -- in-licensing of technologies at the proof-of-concept stage and taking it into the commercialization phase. Once the technology was secured, we were able to attract the interest of Mir Group in both funding and taking care of the business side of the company," says Dr George.

The major hiccup for the company has been in obtaining the required clinical samples (tumor specimen with associated disease information) that are essential for its R&D and developing the tests.

Dr George comments, "Part of the reason for this has been the lack of bio-banks with a collection of specimens in India. Complex laws prohibit import of such tissues from the company's collaborators abroad. And the high cost that many hospitals in India charge for tumor samples that is often discarded after routine examination is another reason."

Adequate funding has always been a challenge for Mir. Since the funding requirements to reach the initial milestones was not large, the start-up used its circle of contacts to identify potential matches for investments.

The investment so far has been a modest Rs 10 crore, but the company managed to set up its first-grade laboratory with all the required equipment for its R&D activities. The company is in the process of concluding a $5 million round of financing.

"We are currently in the process of doing a larger round of investment to complete the development and launch of three of our proprietary novel diagnostic tests," adds Dr George, an avid reader of history books.

Mir also leverages its technology platform to offer contract research services to the pharma and biotech industry in India and abroad.

The company has a very limited clientele base in this arena, but is looking to expand its business. It has also developed several non-proprietary molecular diagnostics based on immunohistochemistry and mutation assays which it hopes will bring some revenues.

It hopes to identify hospitals and pathology laboratories which can use its non-proprietary molecular diagnostic services.

Once its proprietary tests are launched, the company plans to set up diagnostic laboratories in major metros of India.

It aims to launch its proprietary tests in the US and European market in the future, in partnership with its technology partner, Biopharm Laboratories, USA.

The underlying technology comes from Biopharm Laboratories, which was co-founded by several scientists from India, the US, the UK and Italy.

It is currently validating 2 novel diagnostic tests in the Indian patient samples. One of these projects on breast cancer is partly funded by DBT's BIRAC.

Dr George feels that risk capital is hard to come by in India.

"Government can expand the funding provided by organizations like Biotechnology Industry Research Assistance Council (BIRAC) and Technology Development Board (TDB), and also extend funding to early stage technologies. It can also enact laws to make it easier to conduct clinical trials, particularly phase-I, after ensuring that the safety of the study is not compromised. The Government also has ambiguous rules on collaborations with foreign institutions where human samples need to be exchanged. This should be clarified and made easier to conduct such studies involving international research institutions," he explains.

He says that the West had a lot of success in the biotech field which came after many failures.

"Biotech sector is one of the best performing sectors on Wall Street, so getting the much needed capital from venture capital, private equity and angels are much easier. Indian biotech industry is still at its infancy and sacrifices innovation for the sake of short-term revenue through service-related activities, which is borne out of necessary and the paucity of capital.

"Investors are often impatient and entrepreneurs promise unrealistic estimates of development timelines and profits, which leads to disappointments on the part of investors. Managements often loathe to dilute their equity stake, which is necessary for attracting capital, thereby sacrificing the pace of R&D and often leading to failure," points Dr George, who loves cycling and downhill skiing.

Well, how does the company explain to investors and shareholders who expect immediate returns? "We highlight the value the company can achieve using either net present value or multiples of projected earnings. It is a concept that is not easily accepted by investors, but with sufficient examples, some of them do get convinced. Projecting high earnings during the initial years in biotechnology industry, in order to attract investments, is often counter-productive and affects the credibility of companies," he explains.

Dr George states that more and more scientists, especially those who return from the US and Europe, are trying to start new biotech ventures.

"All companies like to advance their work at break-neck speeds, which require large sums of money. This is hard to come by. Some of them have great ideas and are trying to develop path-breaking products; however, many of them operate on shoe-string budget and run the risk that they will run out of money long before their products cross critical developmental milestones, let alone product launch. The other trend that we see is that companies are focusing on developing products that require shorter gestation periods and less capital which increases the chances of success," he observes.

Bioinformatics and infectious diseases, he says, remain ideal areas for Indian start-ups to venture into, particularly if there are good collaborations with mature US and European companies.

Dr George opines that the best way to raise money is to be well prepared and tie-up as many loose ends as possible before approaching investors.

"This includes tying up technology rights, filing patents, having key collaborations in place, having realistic development plan with timelines, cost and milestones, good market study and so on. In other words you should be able to convince investors that you have thought your plan through. Also try to avoid high net-worth individuals who have no exposure to Life Sciences business or whose understanding of the field is minimal to non-existent.

"The entrepreneur will waste a lot of time educating them and in the end, they will be buffeted by doubts and are unlikely to invest. Also try to avoid availing loans because biotech industry is unpredictable, and timelines for product launch and revenue projections may not conform to our expectations thereby making servicing debt difficult. Highlight the value appreciation that the investor can achieve. Be flexible on valuation," Dr George thoroughly explains. "Apart from investors, one could approach mature pharma or biotech companies and try to raise funds in return for marketing rights."

In conclusion, he says that billion-dollar start-ups require a global outlook.

"Entrepreneurs' business strategy should include plans for launching products in major markets, how to raise funds, and the strategy for launching products abroad, and gathering the expertise required. Every country which aspired to become a biotech power went through an evolutionary process, although we can learn from the mistakes of others. India too is going through some of this evolution," he opines.

ï‚§ Passion for the product
ï‚§ Prior experience in the industry, especially abroad