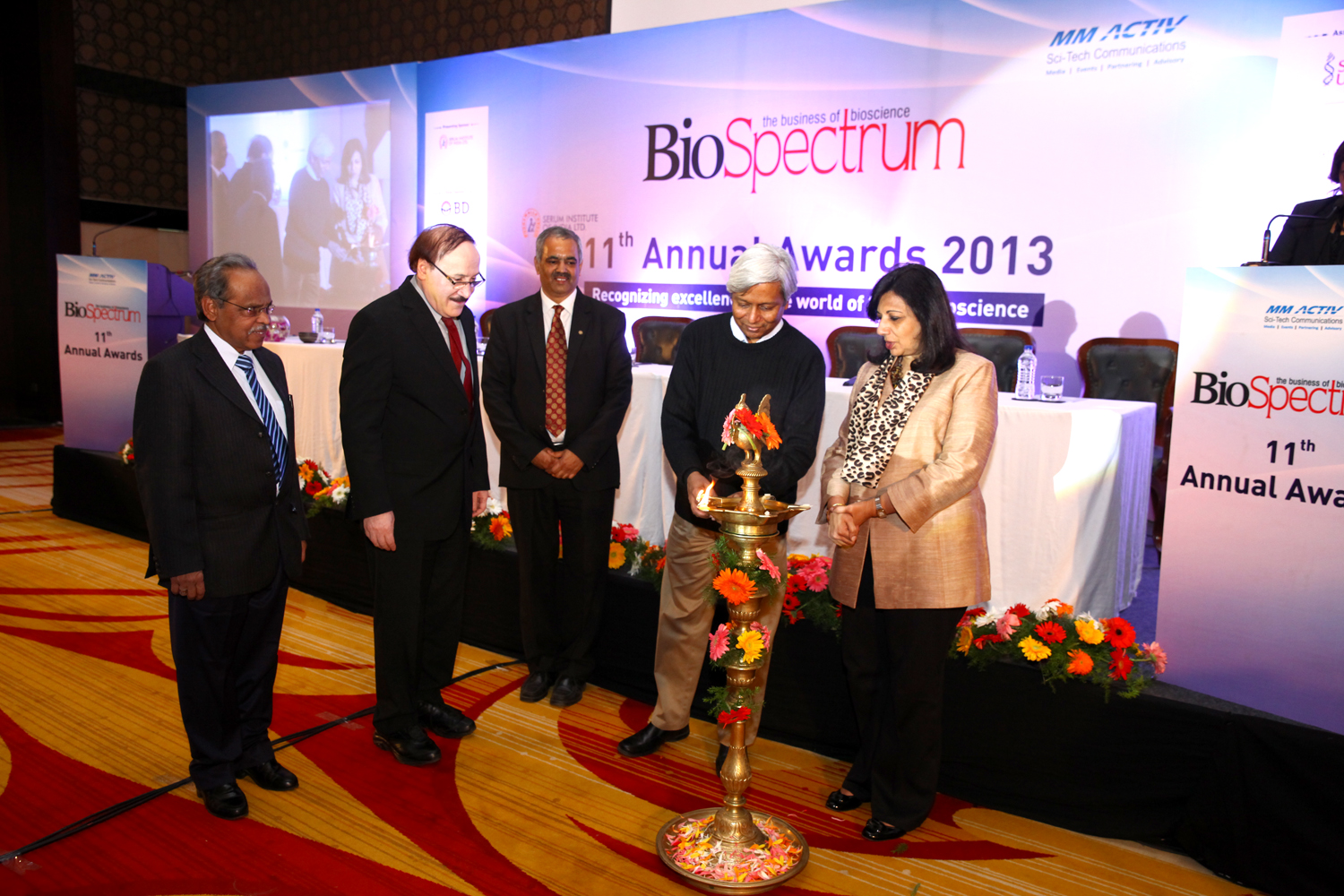 Dr K VijayRaghavan, who delivered the keynote address, spoke about the potential of applying biotechnology to ad- dress the problems of the society. He said that we need to make sure that the current progress leads to the creation of new avenues for the society. While speaking about the challenges being faced by the industry, he said that the solution lies in linking basic biology to modern biology. "Tomorrow if we have increased funding, we will see in- crease in the absorption capacity as well," he added.

Mr Suresh said that, "This year's BioSpectrum awardees have the unique distinction of developing vaccines and therapeutic production using biotechnology tools to meet the specific demands of India's poor patients and make these wonders of modern biotech affordable to the masses globally too."

Mr Jagdish Patankar, co-founder and managing director, MM Activ Sci-Tech Communications, who's organization recently acquired brand BioSpectrum, said that, "The life science industry has a lot of challenges and opportunities before itself. Media needs to take a lead in giving coverage to these issues. Media can and must help the industry to realize the dream of providing affordable healthcare."

Regulators should not hibernate
"Regulators should not hibernate" was the unani- mous call from the industry leaders present at the gala evening. While Dr Ravetkar said that severe delays in receiving approvals for trials was hindering the sector, Mr Krishnan said that sustainable innova- tion was the need of the hour. Moreover, Mr Bharad- waj pointed out the regulatory hurdles facing young start-ups in India. Dr Ravetkar said that although the sector is very capital intensive there are tremendous opportunities in India, there is a strong need to build brand India. He said that a meager health budget is also compounding to a lot of problems. He said, "While India suffers 20 percent of the global disease burden, only two percent of all clinical trials are undertaken in India."

Dr Mazumdar-Shaw said that although India is know for providing companies the ease to do business, this is not so in the case of the life sciences sector. The kind of parameters that the government has setup to provide approvals is very difficult. She further said that the government bodies should ease a little based on the judgment of protocols. She said that presently drug regulations are friendly only towards generics, and this needs to be applied to biosimilars too. She praised the Government of India for building institutions like the BIRAC for promoting life science in India and criti- cized the venture capitalists for not showing enough faith in nascent firms in India. She also said, "Promi- nence must be given to indigenous companies in order to build brand India."

Mr Narayanan highlighted the plight of the agri sector. He said that regulations are still in a state of standstill. He said, "Due to policy hurdles, technologies worth `24,79,560 crore ($40 billion) are stuck in the regu- latory pipeline." He emphasized on the dire need to increase food productivity using biotechnology.
Dr Murali summarized the challenges discussed in the panel. He highlighted that the only way to solve any crisis is by using internal advocacy; external commu- nications and meeting the infrastructural needs. He also added that, "The industry needs to meet all forms and types of media and have a communication with the public and stakeholders." Mr Krishnan and Mr Chaud- hari further highlighted the need to reduce our depend- ence on fossil fuels by building our focus on biofuels.