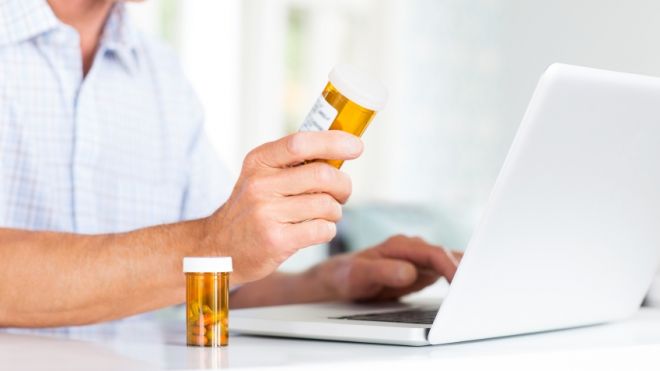 E-commerce is an emerging market place for a large variety of commodities and objects. Going by the rising popularity of e-commerce websites, it is probably the most convenient market place for consumers. Medicines and drugs are no exceptions.

As per the Alliance for Safe Online Pharmacies (ASOP) data, there are somewhere between 35,000 to 50,000 active online drug sellers. By 2009, the online sale of pharmacies was estimated to be $11 billion. While these figures are impressive, the other data related to this business is really worrying. As high as 96% of these online sellers do not comply with applicable laws. According to WHO, 50% of the prescription medicines they sell online are counterfeit.

Counterfeit drugs in itself is a big market estimated to be worth $75 billion. Online drug trade, due to its nature, has contributed in increasing the sale of counterfeit drugs. Hence, dangers and risks involved in the online drug sales are very serious. There have been cases of people even dying due to counterfeit drugs purchased online.

Thus, US Food & Drug Administration (USFDA) recently initiated action against websites illegally selling potentially dangerous, unapproved versions of prescription drugs. Over 500 such websites have been targeted by USFDA by either sending them warning letters or even confiscating some of them or seized their domain names.
This is not the first time that the USFDA has acted against such websites. Operation Pangea is an annual effort to control the online sale of counterfeit, illegal drugs. In 2013, action was taken against 9,600 websites.

A few months back, Indian authorities conducted raids in Bengaluru and some other cities which led to seizure of huge stocks of medicines to be sold online. It appeared from these raids that US is the major market for these seized medicines. The online sale of medicines is opposed by the pharmacy shops through their associations. The Indian government appointed an expert committee to look into the issue and received its report. However, no action has yet been initiated on the recommendations in the report.

Authorities in all countries are facing challenges in controlling the online drug trade, particularly the sale of counterfeit and illegal drugs. For instance, in Japan only one online pharmacy complied with the concerned Japanese laws while large criminal networks controlled over 40% of online drug market. In European union, at any given time over 30,000 illegal pharmacies are available to the consumers. The challenges are due to the very faceless nature of internet based e-commerce that allows the sellers to hide their identity in any form. According to WHO, 50% of counterfeit prescription medicines are sold by websites that hide their physical address. Initiating any action against such websites becomes difficult. Even if actions are initiated to shut down the website, closing one operation and starting another with different name is very easy. As a result, the number of websites involved in illegal medicines sale never reduces.

Operation Pangea is a global action comprising of countries to crack down on websites involved in sale of illegal drugs. Similarly, in addition to the regular monitoring of the websites and such actions, a global initiative needs to be launched to give approval to good websites. Such an initiative should also run a global campaign to alert consumers in buying medicines from only approved websites. More steps can also be taken to reduce drug counterfeiting such as constructing internet search algorithms so that legitimate pharma websites appear first. Such steps will help in creating better public awareness. But these efforts will be successful only if they are global in real sense with sincere participation from all countries. Otherwise the periodic monitoring and subsequent actions will continue without much real effect.