The main reason for the imports of APIs from China is the low price advantage. But, dependence only one country for such a large import for APIs as well as some bulk drugs is potentially a very risky situation 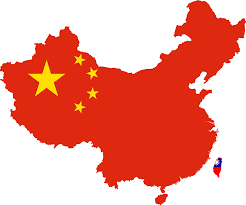 Conflict with China at Doklam is bound to have ripples in different areas, political and economic. Pharma sector is also one of them going by the imports from China for making drugs. Thus, it is very pertinent that the Drug Controller General of India (DCGI) has asked Indian drug makers to prepare plans in the eventuality of escalation in the border tension leading to stoppage of exports from China.

Such a plan is very much essential as India’s drug industry depends heavily on large scale imports of active pharmaceutical ingredients (APIs). As per the information given to the Parliament, about 84% of APIs of all drugs produced in India are imported. Of that 65% is from China alone. In actual monetary terms, it comes to approximately Rs 13,853 crore in the previous year. There is a constant hike in the API imports from China. In 2013-14 it was Rs 12061 crore and in 2014-15 Rs 12758 crore.

A marginally good development is that the imports of bulk drugs from China have reduced from Rs 13,853 crore in 2015-16 to Rs 9,120 crores in 2016-17. This is due to withdrawal of exemptions in customs duty in some categories to provide level playing field to domestic manufacturers. Despite the reduction 60% of bulk drugs are still being imported from China, which is still a huge figure and needs to be brought down drastically further.

The main reason for the imports of APIs from China is the low price advantage. But, dependence only one country for such a large import for APIs as well as some bulk drugs is potentially a very risky situation if the imports from China suddenly stop due to escalating tension between the two countries. Even the National Security Advisor had warned the government last year about over-dependence on China for the supply of APIs and some essential drugs.

It is a good step that along with the DCGI, the industry association has also taken initiative in suggesting ways to reduce dependence on China for APIs imports. It appears that Indian Drug Manufacturers’ Association (IDMA) and other industry organisations have suggested measures like government entering into agreements with friendly countries, more fees on imports, revival of public sector units producing raw materials, exploring alternative sources and increasing inspections of APIs producing facilities in China. Of the suggested steps, the government has already announced its intention in May 2017 to start inspecting drug manufacturing facilities in China to ensure that only quality APIs are imported. The government was even seriously thinking of setting up permanent audit office in China to conduct inspections regularly.

Regarding other measures to reduce over dependence, the government had announced as back as in 2015 to promote Make in India initiative for APIs and bulk drugs. The Prime Minister’s Office (PMO) last year instructed the NITI Aayog and the concerned ministries to plan for APIs production in India. But despite organising some meetings and having nearly 300 large and more than 10,000 medium & small companies in the sector there was not much progress in this direction.

So, it is good that the tension on the border has once again revived the topic and some action has initiated. However, not only due to emergency situation like border tension, but otherwise also it is essential to reduce the over-dependence on any one country. Hence the planning and the subsequent actions should be speed up. Otherwise once the tension on the border is diffused the topic may again go to the back seat. The industry also needs to keep building the pressure as it needs support from the government to promote domestic APIs production for keeping the prices low.