Since ancient times, technology has enabled society to push the boundaries of human capability. The world has harnessed technology to enable incredibly innovative outcomes, particularly in modern healthcare. One such example is drone technology, which, despite being initially designed for aerial and military use, has been embraced by innovators for another critical application: augmenting healthcare delivery. 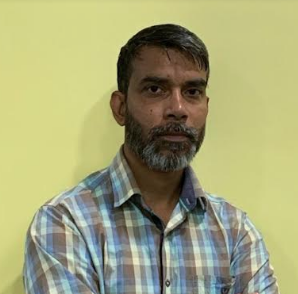 In order to improve healthcare equity in rural areas, there is an urgent need for the public and private sectors to work together on drone applications in India.

Medicine from the Sky, an initiative of the World Economic Forum, is accelerating the transition from inefficient health supply chains to digital, resilient infrastructure that reduces waste and improves health outcomes.

By using drones to deliver vaccines and medications to isolated areas of India, this project fundamentally addresses gaps in healthcare distribution systems. Additionally, the initiative creates guidelines for policymakers and health systems to analyse the advantages and disadvantages of drones delivering vaccines.

In developing countries, last-mile delivery is a major issue. Medical supplies frequently become stranded, damaged, or lost en route when traveling to some remote locations. The COVID-19 crisis highlighted the difficulty of reaching out to rural and isolated communities and the potential value of emerging technologies like drones in enhancing access to healthcare and medical supply chains.

Approximately 30,000 government-run primary healthcare facilities in India provide care for most of its 1.4 billion residents, but at least 5-10% are unreachable to medical suppliers due to their locations and natural disasters. After years of public and private consultations and two policy iterations, the new drone rules released in 2021 were a step in the right direction toward enabling the use of drones in the region.

A Step Towards Drone Delivering Vaccines

In order to provide vaccines to rural communities, the World Economic Forum introduced the Medicine from the Sky initiative in 2019. It includes the southern state of Telangana, Apollo Hospitals, and India's policy think tank NITI Aayog and is located at the crossroads of two of the most broadly regulated sectors in the world, healthcare and aviation. The film Medicine has sparked a policy debate about further drone rule liberalization in India from the Sky, which has opened up new avenues for use in healthcare.

The Indian project, inspired by similar initiatives in Rwanda and Ghana, has completed more than 300 vaccine delivery trials in remote areas of Telangana, making it the first time in Asia that vaccines have been delivered using drones beyond the visual spectrum. The trials marked the culmination of initiatives started by Jyotiraditya Scindia, India's Minister for Civil Aviation.

The initiative is now spreading to other parts of the country, including Arunachal Pradesh in northeastern India. Medicine from the Sky opened the way not only for last-mile drone projects in India but also helped the region's aviation policies become more liberal.

The Indian Council of Medical Research has published guidelines for using drones in the healthcare sector to ensure universal access to medicines, vaccines, and other medical supplies, particularly in remote areas of the country.

The decision was based on a pilot project in Manipur and Nagaland in October 2021, in which COVID-19 vaccines, vaccines for routine immunisation programs such as mumps, measles, and rubella, antenatal care medicines, syringes, multivitamins, and gloves were distributed.

The guidelines were launched on June 2, during the Bharat Drone Mahotsav 2022 in Delhi. It was based on actual field experience, including delivering COVID-19 vaccines in 12–15 minutes over a 15-kilometer aerial distance from Manipur's Bishnupur district hospital to a primary health center in Loktak Lake, Karang Island, using an ingenious drone.

The guidelines were launched by the new drone rules in 2021, lauded for making it cheaper and easier to operate drones detailing the regulatory approvals required to carry out such projects, what type of drones will be needed, and what the ideal takeoff and landing sites should be.

The regulations, which were preceded by the New Drone Rules, 2021, which were praised for making it less expensive and simpler to operate drones, specify the legal authorizations required to carry out such projects, the kinds of drones that will be required, as well as the ideal locations for takeoff and landing. Many progressive state governments now offer budgetary grants and tenders for drone services. The drone industry is developing specially designed drones to address the difficulties caused by the terrain and weather in various states, particularly the hill states and the North East Region.

Usage of Drones in Emergency Medicine and EMS

Every year, millions of Americans are transported by emergency medical services (EMS), which is a crucial part of the emergency medical and trauma care system. Some medical emergencies, such as cardiac arrest and stroke, require immediate EMS response to maximize the chances of neurologically intact survival.

EMS is always looking for new and better ways to safely reduce response times and improve patient outcomes. Advances in healthcare delivery and technology open up new avenues for creative solutions. Drones have emerged as a particularly promising new technology.

Despite improvements in emergency cardiac care, there are about 350,000 out-of-hospital cardiac arrests (OHCA) yearly in the US, with a survival rate of only about 10%. Bystander defibrillation and cardiopulmonary resuscitation (CPR) performed before EMS arrival increases the likelihood of survival by twofold.

In rural areas, EMS arrival times are significantly longer than the national average of eight minutes and can be more than 30 minutes. Despite initiatives to increase their use in public spaces, bystander AED use in the US is still less than 2%, despite programs to increase its use in public places. AEDs are still difficult to find and rarely available in homes or residential areas, where 70% of OHCA occurs.

The study, released in August 2021, concluded that "AEDs can be delivered successfully to real-life cases of OHCA by drones with a 92% success rate.

The leading cause of trauma-related death that can be prevented is uncontrolled hemorrhage, and timely blood transfusions have been shown to increase survival. It has been demonstrated that utilizing blood products like packed red blood cells (PRBCs), plasma, and platelets as soon as possible can reduce mortality in trauma patients. Studies have shown that it can ship blood products quickly and reliably by drone while maintaining the proper storage temperature without affecting the precision of routine chemistry, hematology, and coagulation tests.

Drone technology is already being used in Rwanda to deliver whole blood in trauma events and in maternal/obstetric emergencies such as postpartum hemorrhage, which kills one in every four mothers worldwide.

Drone blood delivery (as lab samples as well as emergency blood and blood product delivery) is now available in Ghana for thousands of health facilities serving millions of people.

Drones have also been considered potential modes of emergency delivery of life-saving medications such as epinephrine, antiepileptic drugs, and insulin. The only first-line medication for anaphylaxis treatment is epinephrine, which is routinely administered by patients or bystanders using an EpiPen or similar delivery system. Beck et al. demonstrated that EpiPens can be transported safely by drone without causing pharmacological changes.

Drones have also been proposed as viable delivery systems for other emergency medications, such as an albuterol inhaler, in the event of an asthma attack.

About the Author - Amritesh Suman is a research analyst with Strategic Market Research. He writes on healthcare technology including POC diagnostics, digital therapeutics, mhealth and others.