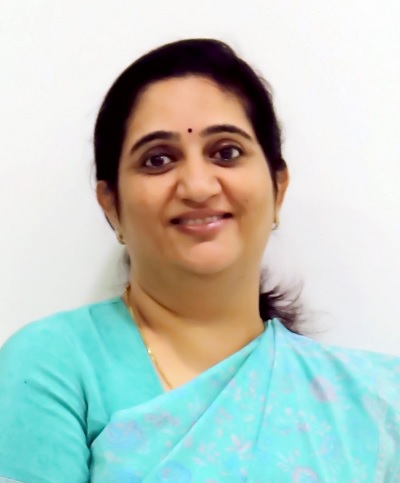 Spinal Muscular Atrophy (SMA) is characterised by the loss of sensory-motor neurons in the spinal cord. It can cause weakness in the arms, legs and trunk due to muscle atrophy, in both children as well as adults. Based on the age of onset and severity, there are five different types of SMA; with type 0 being the most severe (fatal) and earliest onset (prenatal) and type IV being adult onset presenting with slow progression of muscle weakness.

Almost 95 per cent of the SMA cases are attributed to variants in the SMN 1 & SMN 2 genes. The disorder is inherited in an autosomal recessive pattern i.e two copies with genetic variation are required for the disease to manifestation. According to a recent study by Nilay M. et al., 2021, it was found that one in 38 individuals is a carrier of SMA in India. In case both the partners are carriers of SMA, the risk of having an affected child is 25 per cent in every pregnancy.

A lot of hope has been created with the FDA approval of therapies based on DNA modification showing results in patients with SMA. Currently, available gene therapies work towards increasing the amount of the SMN protein or increasing the usability of the available protein. These approaches to treating SMA are referred to as "SMN-based" or "SMN-enhancing" methods.

Spinraza(Nusinersen): It was the first FDA-approved drug offered for all subtypes of SMA. It is a modified antisense oligonucleotide and has shown to increase exon 7 inclusion in SMN2messenger ribonucleic acid (mRNA) transcripts and thus lead to the production of the full-length SMN protein. The drug is to be administered through the intrathecal route directly to the cerebrospinal fluid around the spinal cord and may require multiple doses.

Evrysdi (Risdiplam): It is the only orally administered drug for SMA, approved by the FDA for children above two months of age and adults. It is a splicing modifier of the SMN2 gene and has demonstrated a significant increase in exon 7 inclusion in SMN2 mRNA transcripts and the production of full-length SMN protein in the brain during in-vitro assays and studies in transgenic animal models of SMA. However, the safety and its effectiveness in children under two months of age are currently unknown. It has to be taken lifelong.

Zolgensma (Onasemnogeneabeparvovec): It is the only true “gene therapy” approved by the FDA for the treatment of SMA. It is an adeno-associated virus vector-based gene replacement therapy indicated for the treatment of SMA patients less than two years of age with bi-allelic mutations in the SMN1 gene. It is a recombinant form of self-complementary AAV9, which contains human SMN protein-encoding transgene. It is a one-time intravenous injection. There are two other SMN- enhancing therapies which are under various phases of trial: LMI070 and AVXS-101 (IT).

Scientists have also implicated the role of non -SMN enhancing therapies as a combination or as a follow-up to the SMN - enhancing drugs. There may be few patients who may be non-responders and a delay in starting an SMN-enhancing drug has a strong negative impact on the efficacy of the drug. Moreover, later stages of motor neuron degeneration cannot be reversed by restoring SMN protein. Therefore, non-SMN enhancing strategies are needed which could address such SMN-irreversible degenerative processes. These non-SMN enhancing methods focus on improving the quality of the muscles or nerves and reducing the impact of SMN gene mutation. Two drugs currently under various trials are Reldesemtiv and SRK-015.

However, with the hope of available treatment options, there comes the huge burden of the cost of the treatment, especially in a country like India where treatment is borne by the patients. Another aspect to be considered is the long-term safety of these treatments. In the clinical trials, the maximum age of infants was eight months. All these infants were found to improve gradually and were monitored up to the age of 20 months. However, the effect of long-term use of these gene therapies, especially those using viral vectors in humans, is yet to be understood completely. Only long-term follow-ups can ascertain the true cure of the disease. Approving the use of these drugs in India should be regulated. An appropriate authorised body should be responsible for tracking all children under various therapies and they should have a good record-keeping understanding of the true long-term effects of these drugs.

Regardless of the type of treatment, it is advisable to begin the therapy as early as possible to attain the best prognostic outcome. This is crucial for treatments that work on increasing the SMN protein. Patients who started treatment earlier had better outcomes than those who started treatment later in all clinical trials of SMN-based treatments. Children in countries with a newborn screening of SMA would be diagnosed early and would be benefitted from the treatment started even during the asymptomatic phase. Despite these factors, there is no denying the fact that SMN-based gene therapy has offered many patients with SMA and their families hope for a better future.