Why asthma continues to assail?

Chronic exposure to high levels of air pollution has been shown to be associated with a greater risk of developing respiratory tract infections, asthma, and stunted lung growth 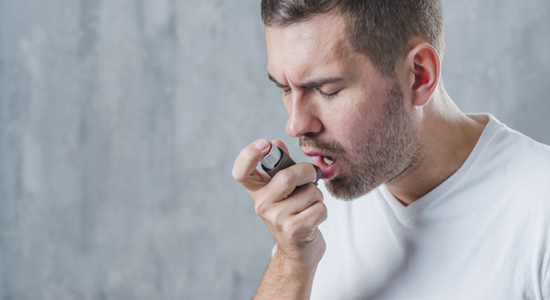 The burden of asthma and allergic rhinitis has gradually risen during the last two decades. There are an estimated 38 million people with asthma in India, with overall prevalence of asthma in children being 6– 8 per cent. Nearly 60–70 per cent of patients have co-existing allergic rhinitis and asthma, and it remains unclear at present how well the allergic rhinitis is controlled amongst asthmatics.

In many cases, asthma is a lifelong condition that a person can control using medication and by avoiding triggers that cause asthma attacks. To add to it, the asthmatic condition could either be allergic, non-allergic, seasonal, occupational, exercise induced, or severe in nature. Out of these, allergic asthma is the most common one. And one of the major factors contributing to this is the growing air pollution in the country.

Children are one of the most vulnerable populations to the harmful effects of air pollution and serious concerns have been raised about the lung health of over 6 million children living in Delhi alone. Children breathe greater volumes of air than adults and many of the pollutants in the inhaled air interfere with the proper growth and development of the lungs.

Moreover, there is no single gold standard test to diagnose asthma, and there are significant differences between the suggested algorithms in commonly used guidelines. For instance, obese patients are known to have more respiratory symptoms than the non-obese, and so one might expect them to have an even greater rate of over-diagnosis of asthma.

Patients are, thereafter, often on long-term inhaled therapy unnecessarily, leading both to potential side-effects and significant ongoing healthcare costs, as these drugs are likely recommended to be used for many years after a diagnosis of asthma.

The most significant direct harm from over-diagnosis is likely to be in patients whose symptoms have led to them being inappropriately commenced on oral corticosteroids (OCS). Although extremely useful in the short-term management of significant asthma exacerbations, medium- to long-term OCS use is associated with significant treatment-related morbidity.

Besides over-diagnosis, under-diagnosis of asthma is another common problem occurring due to medical professionals failing to recognise the disease, and perhaps attributing symptoms to obesity, deconditioning, cardiac disease or other causes. Studies have shown that many patients died of asthma while being managed as mild or moderate asthma. While this does not directly deal with under-diagnosis, it is an important reminder that the under-treatment of asthma remains a problem.

If this was not enough, a recent study has revealed that higher exposure to Bisphenol A, a chemical used in the manufacturing of plastics and resins found in many consumer products such as food cans, reusable bottles and toys, in the womb is associated with increased risk for asthma and wheezing in childhood. Another recent study has suggested that a significant amount of genetic risk for asthma is likely mediated through altered gene expression within the airway epithelium. On the other hand, immunologists from the US have stated that people with allergic asthma might actually be less susceptible to severe COVID-19.

These observations clearly indicate that there is an urgent need to strategise and prioritise asthma research in India. The government and industry should take into account current barriers to the provision of basic asthma and allergy care. Further, funds for research are limited since infectious diseases, respiratory diseases, oncology and cardiovascular conditions take precedence over asthma and allergy.