India’s life sciences industry journey over the past three decades has been transformational, moving from strength to strength. It was the 1970 Patent Act, which triggered an era of reverse engineering in the Indian pharma/ life sciences sector with a number of pharmaceutical companies setting up businesses. Most of these were family owned companies with subsidy and debt-funding support from national development financial institutions like ICICI, IDBI (Industrial Development Bank of India) and IFCI (previously Industrial Finance Corporation of India), besides the respective state sponsored development financial institutions. Let's explore further. 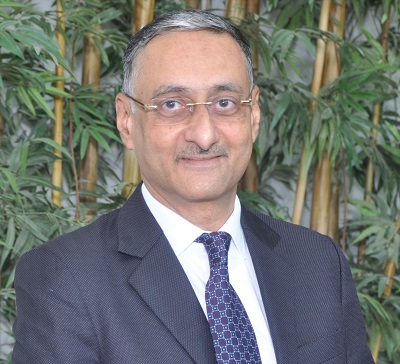 While a large part of life science investing by VC’s in the 90’s went to pharmaceutical companies, innovation funding was largely led by ICICI’s R&D /Technology Funding programmes which funded the early stage vaccine development in companies such as Serum Institute, Bharat Biotech, Shantha Biotech among others. A few university Biotech spin outs such as Bangalore Genei, Strand Genomics too attracted funding during this period besides startup’s like Vimta Labs, Penpol, Monozymes, Advanced Enzymes and Gangagen however they were very few and far between.

The 2000’s decade (2000-2009) saw an increased level of activity in the life sciences with many VC/ Private equity (PE) funds besides ICICI Ventures initiating investments in this sector. Besides pharmaceuticals, VC/PEs ventured into newer areas such as biopharmaceuticals, contract & clinical research organisations (CRO’s), drug discovery and agri biotech. Beneficiaries included companies such as Biocon, Syngene, Intas Biopharmaceuticals, Lambda Therapeutic Research, Veeda Clinical Research, Bharat Serums &Vaccines, VLife Sciences, Novalead, Rubicon Research, Glenmark Pharmaceuticals, Shasun Pharmaceuticals, Natco Pharma, GVK Biosciences, Sai Life Sciences, Metahelix, ReaMetrix, Sphaera Pharma, Molecular Connections, Bharat Biotech, Perlecan Pharma (JV of ICICI Venture with Dr. Reddy’s) and others. Interestingly many of these investments were early stage and those with manufacturing and service led business models, which demonstrated scale enabled good exits and returns for their investors. This was the most difficult period for early stage drug discovery and biotech companies though as they had to deal with significant delays in regulatory approvals whether be it for clinical trials or even manufacturing. Add to this were challenges in fund raising as there were only 2-3 investors whom they could go to and there was general reluctance from investors too given the disorganised state of regulatory approvals during that time. It was the most frustrating period for early stage discovery companies as well as investors who invested in such companies. Most therefore failed to progress on their discovery programmes and faded out.

The last decade (2010-2019) has been the most transformational for the life sciences industry. This decade saw VC/PE investment activity across all stages – early, mid, late, and buyouts. This was also the decade of secondary transactions where for the first time VC/PE’s were not dependent on IPO’s or strategic exits but were able to offer their stake to other VC/PE players through secondary transactions to accomplish successful exits. This was the decade where pharmaceutical companies such as Intas Pharmaceutical, Eris Pharmaceuticals, Advanced Enzymes, Emcure Pharmaceuticals, Strides Pharmaceuticals, Bharat Serums& Vaccines, Shilpa Laboratories, Laurus Labs, Mankind Pharma, Akum Drugs & Pharmaceuticals, Shasun Pharmaceuticals, Encube Ethicals, raised large sums from PE players to accomplish scale. The enormous funding support from PE players and capital markets enabled the sector to emerge as amongst the key drivers in achieving better health outcomes, domestically and globally. During this decade, India gained strength in generic drugs, vaccine production and biopharmaceuticals and got recognised as 'the pharmacy of the world' , the world’s largest provider of generic drugs. This decade also witnessed a number of buyout transactions led by PE funds for the first time in the country of companies such as Gland Pharma, Bharat Serums & Vaccines, Rubicon Research, Sutures India, Anjan Drugs, Veeda Clinical Research and most recently J B Chemicals & Pharmaceuticals Limited and Avra Labs.

The last decade also saw the birth of Biotechnology Industry Research Assistance Council (BIRAC) as an institution, which has brought about a transformational change in the innovation and entrepreneurship ecosystem in the Life Sciences sector in the country. Since it’s incorporation in 2012, BIRAC has initiated several funding programmes that has helped bridge the gap in the industry-academia innovation research and facilitate novel drug discovery, vaccine development, medical device and agri -component companies. BIRAC has funded over 1000 startups, 60 Bio Incubators across the country at an enormous velocity. Several of these startups have graduated to attracting third party investments from angel investors, early stage VC‘s in the country and introduced innovative products and services in the markets. We will see many of these attracting several rounds of funding from VC/PE players over the next few years and gaining prominence in domestic and global markets. A lot has improved on the Indian regulatory front too on the processes for approvals of clinical trials and grant of manufacturing licences over the past 6-7 years, which has helped the innovation ecosystem reinforcing confidence amongst Indian VC/PE Funds.

COVID-19 has spared none. Its scale and spread were underestimated and were beyond projections by scientific models. Amidst the turmoil, Healthcare-Pharma-Biotech industry rose to the occasion to undertake an unprecedented initiative to fight the pandemic. As we look back at the year gone by, the pandemic has offered many learnings to the Healthcare-Pharma-Biotech industry that potentially unlocks several opportunities in the coming year and decade. Clearly, this pandemic has been a period of hostile adversity that spurred innovation and behavioural changes and helped address some of the biggest problems.

Longstanding practices in the healthcare sector have been transformed, perhaps forever. Vaccine development usually took years or even decades. In just one year since the Covid pandemic started, the world had several safe and effective vaccines including a few by Indian vaccine manufacturers. The regulators too demonstrated unprecedented flexibility in fast tracking clinical trials, reviews and conditional approvals. Healthcare professionals who have otherwise taken decades to adopt digital technologies, shifted to providing tele- consultations across the globe as in-person consultations dropped. The telemedicine guidelines launched by Indian regulators in the midst of the early 2020 lockdown boosted telehealth adoption among patients and healthcare providers. Pharma companies too adopted digital modes for interacting with medical professionals. Be it medical providers, insurance providers or manufacturers, all rapidly transformed their ways of working. E-commerce became the way of life for delivering healthcare diagnostics, pharmaceuticals, devices and oxygenators. New consumer behaviours will compel the continued transformation of healthcare delivery models.

In the midst of these challenges, astute startups in the healthtech /medtech space grabbed opportunities as they aimed to fill the gap in this sector bringing in tech-enabled innovations. Online consultations / telemedicine, Online pharmacies, Diagnostic testing labs, Home testing and Home Healthcare for instance, caught the attention of consumers as well as investors in 2020 -21. With focus shifting to health consciousness in the aftermath of COVID-19, wellness and fitness start-ups too gained prominence last year. Healthcare analytics and artificial intelligence opened up an entirely new spectrum of opportunities with applications in drug discovery, clinical trials, diagnosis, imaging diagnostics, treatment, health records etc. The healthtech /medtech sector received $2.2 billion funding across 131 deals in 2021. For the first time in India, four health tech startups – Pharmeasy, Curefit, Pristyn Care and Innovaccer became Unicorns during the year.

The development of COVID-19 vaccines is just the most compelling example of the potential of life sciences. We could see global disease burden being addressed with capabilities such as gene-editing technologies to curb malaria, cellular therapies to repair or even replace damaged cells and tissues and new kinds of vaccines for non-communicable diseases, including cancer and heart disease.

In light of some outstanding innovation happening through the BIRAC startup incubation and funding ecosystem, the team at Kotak having led over 40 plus investments in very successful pharma, biopharma, biologics and enzyme companies over the past 3.5 decades has launched an early stage investment programme in 2019 to support new age businesses and differentiated innovations in the biotech / medtech/ healthtech sector in the country. The strategy is to invest in transformational healthcare companies developing and commercialising novel therapeutics, medical devices and services that address unmet medical needs through innovation. We are pursuing investment opportunities in companies that are attempting to solve some of the most important unmet medical needs in the areas of oncology, immunology, ophthalmology, infectious diseases, metabolic diseases, neuroscience and dermatology space leveraging on extensive relationships with pharmaceutical companies and medical institutions to advance delivery of affordable patient care with determination to positively impact society.

This is in addition to our growth/ structured /pre-IPO investment strategy in this space which we will continue to scale up further (recent past investments include Omniactive and PharmEasy).