Evolution and Developments in Pharma Industry

Apothecaries and Pharmacies sprang up in the middle ages in various European countries offering traditional medicines. A more formalised way of pharmaceutical industrial production started much later, probably in the 18th century, aided by the industrial revolution which was taking place across parts of Europe. Merck in Germany was among the earliest companies which started as a pharmacy in 1668 and by 1817, it had evolved into a formalised industrial manufacturer of alkaloids. The pharmaceutical industry has further evolved in various aspects in the last two centuries. We’ve to see just how the industry is expected to reshape itself in the future as technology, regulations, therapies as well as market dynamics evolve 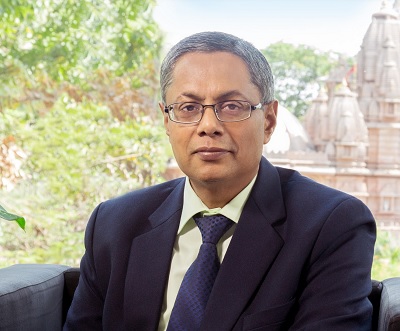 Today, the pharmaceutical industry globally has revenues of about  $1.2 trillion, with several large global players, which are innovation driven, and a large number of generic companies.  This evolution has been influenced by technological progress, changes in regulatory oversight, research and development of new categories of products and services, entry of generic products, changes in market dynamics and changes in consumer or patient choices.

Unlike some of the other industries like automobiles, aerospace, information technology and banking, to name a few, pharmaceutical companies have not been known to be leaders in adapting new technologies. The highly regulated nature of the industry is said to be responsible for this inertia.

Over the last decade or so, further automation in order to have better control on quality compliances, driven by regulatory requirements, evolved. Laboratory Information Management Systems (LIMS), Quality Assurance Management Software (QAMS), electronic batch manufacturing record (eBMR), Track and Trace system are some of the information technology-enabled technologies that have become standard features in pharmaceutical manufacturing.

It is important to recognise that the pharmaceutical industry is one of the most regulated industries globally. Be it in research and development of new products and therapies, development of generic products, conduct of toxicity studies on animals, conduct of clinical trials on patients or healthy volunteers (for some generic products), manufacturing and distribution of products - all these aspects are governed by stringent regulatory guidelines. The regulatory oversight has helped the industry broadly standardise its product development pathway, improve safety and efficacy, and improve Good Manufacturing Practices. While regulatory guidelines are quite evolved in the small-molecule category, in many countries the guidelines for biosimilars, stem-cell therapies and gene therapies are still evolving.

The USA, which is the largest market for pharmaceuticals, is also the largest generics market. The introduction of ‘The Drug Price Competition and Patent Term Restoration Act’, better known as the Hatch-Waxman Act, enacted by the US Congress in 1984, brought about a transformation in the generic pharmaceuticals industry in the US. Today, about 90 per cent of prescription pharmaceuticals in the USA are generics.

The development data that needs to be submitted at the time of filing application for generic product approvals have also gone up substantially. Today, regulators insist on Design of Experiments-based development to ensure that critical process parameters and their allowable ranges are well defined during product development itself. Process validation requirements too are evolving rapidly. The concept of continuous process validation is now being encouraged to ensure that the manufacturing processes are robust.

Few decades back, there was a clear cut difference between the stringency of regulatory compliance required in the US, Europe, Japan and Rest of the World. However now those lines are blurring. Smaller markets in the Rest of the World are also insisting on similar standards as the Stringent Regulatory Authority countries.

Over the years, although relatively expensive, targeted therapies like monoclonal antibodies, peptides and tyrosine kinase inhibitors (nibs) to cell and gene therapies have come up. This has resulted in better tolerance of therapies among patients and much better outcomes. In the last three decades, the number of biologics, including recombinant proteins, as a percentage of overall drugs have increased substantially. This trend is expected to sustain as pharmaceutical companies continue to invest more in the development of biological products.

While the US continues to have the lion’s share of the global pharmaceutical market, emerging markets of Brazil, China, India, and many of the ‘Rest of the World’ countries are growing at a much faster rate, although on a relatively low base.

Two leading global therapy areas - oncology and immunology are expected to grow at 9-12 per cent and 6-9 per cent CAGR, respectively over the next five years. Oncology is projected to add 100 new treatments and many new therapies are expected in neurology, including novel migraine therapies, potential treatments for rare neurological diseases and potential therapies for Alzheimer’s and Parkinson’s diseases. One of the areas that has been neglected by pharmaceutical companies is antibiotics development. This domain needs attention because of the increase in antibiotic resistant organisms. Generic companies have increasingly started focussing on complex generics and biosimilars because of lower competition. These two areas are expected to be the biggest growth drivers for generic companies over the next five years.

Unlike consumer products, patients generally play a marginal role in choosing medicines and therapies for their treatment. Those decisions are typically taken or influenced by the treating doctors or the hospital. However, in current times, because of the proliferation of internet, social media access and the resultant (mis)information deluge, doctors and hospitals are made to justify their selection of medicines or therapies more than ever before.

Regulators are getting more concerned with convenience of patients while evaluating a product, especially a delivery device associated with the product; its ease of use, storage, clarity of information provided along with the product, and a host of other associated aspects.

The pharmaceutical Industry has evolved significantly in the last few decades. As technology, regulations, therapies as well as market dynamics evolve, the industry is expected to reshape itself in future.

The pharmaceutical industry is a major component of the healthcare industry. The COVID-19 pandemic has placed healthcare at the core of the social agenda.  The world of healthcare is seeing several fundamental shifts. In technological terms, innovations in digital health, remote monitoring, genomics, microbiomes and deep medicine are unfolding rapidly. In social terms, patients are better informed and want cures, not just treatments. In economic terms, the burden of chronic diseases (diabetes, cardiac, neurological and renal) is increasing. Public investment in healthcare is rising, more so with learnings from the pandemic. The future promises new vistas, opportunities and challenges for the pharmaceutical industry.