From Genomics to Age of Living Machines

Congratulations to the Biospectrum team for diligently playing the role of an unofficial scribe of the Indian biotechnology ecosystem- painstakingly capturing its trials and tribulations over the last two decades. Where is the biotech ecosystem in India headed? Can we predict its future? How would the ecosystem look in a decade’s time? We assume that looking at the past may inform us about what we need to do to gain speed to reach the high noon of the Indian biotech industry 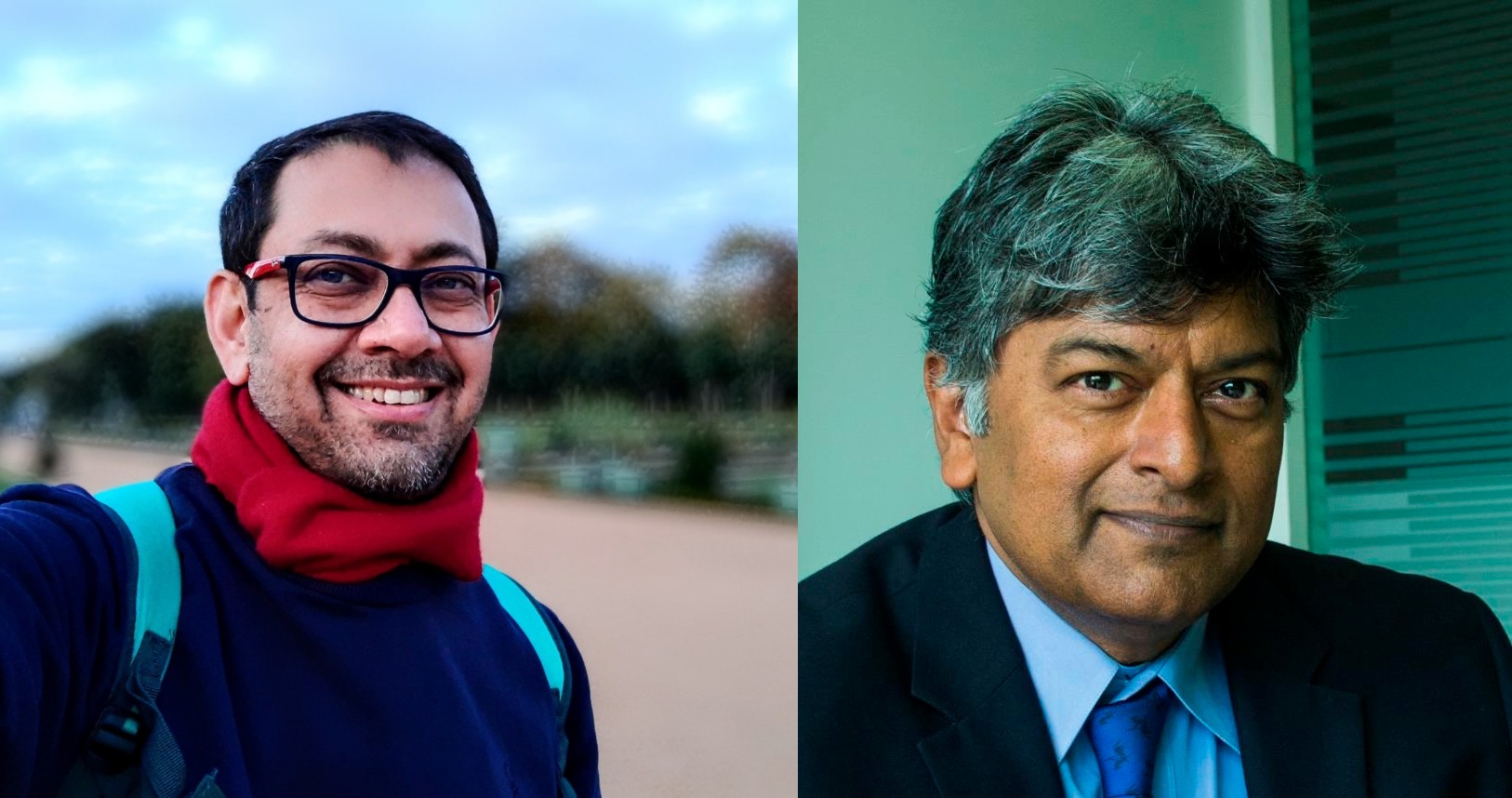 “The future belongs to those who believe in the beauty of their dreams” said Eleanor Roosevelt. At the start of the millennium, a good decade after India opened its economy, a few dreamers were quietly building the foundations of enterprises anchored to global bioscience in a sparse ‘landscape of support’ for innovations in India then. These founders and the enterprises they led were bold and imagined an India at the frontiers of global innovation. They aimed to leverage novel cutting edge science of early to mid-2000s be it in genomics, molecular diagnostics, industrial biotechnology or agriculture. The perseverance of pioneering founders of Strand Life Sciences, MolBio/Bigtec, Perfint, Praj, Metahelix and Neurosynaptics, to push through innovations despite the daunting challenges of limited resources, laid early paths for others to follow.

Amongst the early pioneers, Strand was the first example of faculty entrepreneurship as a spin out from the Indian Institute of Science (IISc). It pioneered the emerging synthesis of molecular biology and data science to build gold standard data analytics platforms for gene expression, sequencing and mass spectrometry in the realms of integrated biology and precision medicine, while MolBio diligently built a point-of-care molecular diagnostics product on a multiplex PCR platform that took rapid TB diagnosis and SARS-CoV2 testing all the way to the primary healthcare (PHC) level.

The Y2K phenomena provided a pivot to the IT industry which took advantage of it as well as the support of Government of India (GoI) to quickly gain market traction; much of that was business process innovation. There was no similar pivot for the biotech industry in the early 2000s. The biotech ecosystem has evolved in a saltatory fashion anchoring itself to a few path breaking programs by the Government of India (GoI). By the mid 2000s, the S&T arms of GoI especially the departments of S&T (DST), Biotechnology (DBT) and Council of Scientific and Industrial Research (CSIR) had launched programs, such as NSTEDB, Technology Development Board (TDB), SBIRI and NMITLI, which were beginning to create a nascent industry in the biotech and medtech arenas. However, the density and frequency of entrepreneurs and new enterprises being formed were still few and far between. A force multiplier in the entrepreneurial landscape was the establishment of DBT-BIRAC which through its slew of programs such as BIG and SPARSH and National Biopharma Mission (NBM), helped unleash the entrepreneurial energy in the ecosystem which currently consists of five thousand biotech and medtech startups. Most of these start-ups are at nascent or early technology readiness levels and some have late-stage product development and a few have products in the market. The examples of Bugworks (antibiotics), Zumutor Biologics (immunotherapy), Actorius (cancer genomics), Achira, Module Innovations (rapid diagnosis), Dozee (remote patient monitoring), GPS Renewables (waste management), Sea6, BioPrime Agri Solutions (bioprocessing & agritech), Forus, Remidio (retinal disease diagnosis), CareMother and Sensivision (maternal & child health), Jeevtronics (defibrillator), Kozhnosys (breath diagnosis), BrainSightAI, Aindra, Qure.ai, Sigtuple and Predible (image analysis & AI), Yostra (peripheral neuropathy & diabetes complications), Eyestem (stem cell & cancer), Immuneel (CART-T cell therapy), Ahammune Biosciences (skin therapeutics), Pandorum (tissue engineering), Cygenica and CrisprBits (Crispr technology) showcase deep science and technology based companies emerging in India and exemplify the extant energy and vibrancy in the ecosystem.

Graveyard of prototypes and  ecosystem of translational experience

Today, we notice the growing pains of a semi-mature ecosystem that we are now. While there is an entrepreneurial effervescence, most startups have stalled at the proof of concept (POC) or at early validation stages- we term this as the 'graveyard of prototypes'  stage of ecosystem evolution. There are multitudes of reasons for this inertia- lack of infrastructure, inappropriate private and public funds, regulatory hesitancy, procurement bureaucracy and tenuous linkages of academia and industry.

There is a silver lining within this phenomenon. It may well be that we have created a graveyard of POCs or even prototypes, but we have also created an amazing pool of human capital of several thousands of young professional scientists and engineers who have lived the journey of product development with a translational bent of mindset. This is what we refer to as an 'ecosystem of translational experience'. We do not think that the 'graveyard of prototypes' represents a failure but a stage in the evolution of the biotech ecosystem and the unique capacity of human capital that we have built over the last decade to understand the eddies and hurdles of product development. This human capital will play an important role in the next phase of growth as the ecosystem starts to produce winners.

How would the Indian biotech ecosystem look in 2035? Building an ecosystem for rocket science is complex and this aphorism is true for biotech and medtech ecosystems. There is no silver bullet, however, several parts of the scientific enterprise need to mature and come together for the innovation puzzle to fit in place. Countries such as Israel, China, South Korea and Taiwan have demonstrated that it is possible to build a vibrant biotech ecosystem within a generation. We must also learn from some of their policy initiatives.

The global winds of rapid technological change point to a convergence of sciences utilizing the prowess of artificial intelligence. Behold the AI resolution of protein folding (Alpha Fold) and the shaping of fusion plasma (Deep Mind and EPFL). Our ability to modify genomes with precision and program cells and living machines with greater control of their behaviour and outcome is not far behind. The age of living machines defines the translation agenda for biotechnology to save the planet in the Anthropocene.

Emerging from centuries of colonialism we have come far and have achieved significant successes in translational aspects of science but the status quo speed would not deliver the envisaged future. Covid19 showed us the inherent strengths that we have and weaknesses that continue to hinder our progress.

Donald Stokes’ 'Pasteur’s Quadrant'  provides a good framework for visualising the future state of the biotech ecosystem. For revving the growth engine of the Indian biotech innovation ecosystem, Pasteur’s Quadrant (use-inspired basic research) and Edison’s Quadrant (pure applied research) need more granular support. We need to accelerate private enterprise (through our startups and SMEs) to build breakthrough products by providing them with access to significant public funds, private capital, routes to public markets, clarity on regulation and markets. Additionally, the cobwebs within academic research infrastructure and mindsets have to be removed, especially when it comes to providing clear routes for technologies from the bench to market and space for our incubators and accelerators to expand their footprint.

With political will and leadership, we are hopeful that the Indian biotech industry will become a significant contributor to India’s knowledge economy translating scientific knowledge to economic growth. German philosopher and Indologist, Friedrich Von Schlegel once said, “The historian is a prophet looking backwards”. Based on our experiences of the last two decades we think India should and will join the new era of the ‘age of living machines’ – it has to if it wishes to sit at the high table of global bio-innovation.

Satya Dash was the founding and former Head of Strategy, Partnerships &amp; Entrepreneurship Development & in-charge Head IP of BIRAC helping build the organisation during its early years including designing and implementing 17 innovation programmes. He is a Board Member of Venture Center- India’s largest S&T incubator.
-
Vijay Chandru is an executive advisor to ARTPark at IISc, an adjunct professor at IISc and BITS Pilani, and a trustee of the One Health Trust. Vijay leads the technology workstream at Lancet Commission on reimagining India’s health system. As an entrepreneur, he led Strand Life Sciences as Executive Chairman from inception in 2000 to 2018 and continues to serve as a director and chair of the science advisory board.