India encompasses a massive healthcare system, but there remain many differences in quality between rural and urban areas as well as between public and private healthcare. The healthcare industry has been boosted by the strides made in technology and the advancement of medical science in the country. The healthcare sector has become one of the largest sectors of the economy in India, both in terms of revenue and employment. An ageing population, rising lifestyle diseases, an increased emphasis on public-private partnerships, faster adoption of digital technologies, including telemedicine, heightened interest from investors, and increased foreign direct investment (FDI) inflows have driven the healthcare sector to where it stands today. Let’s explore further 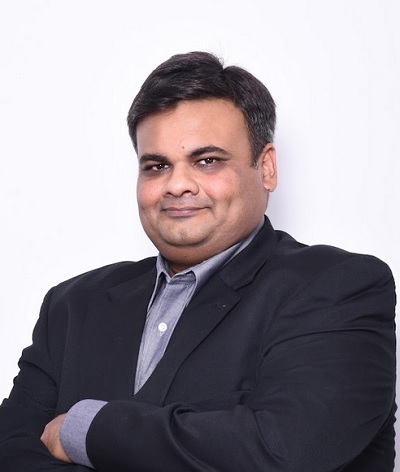 Over the years, India has become a popular destination for medical tourists, given the relatively low costs and high quality of its private hospitals with advanced medical care. India was placed 10th in the Medical Tourism Index for 2020-21 out of 46 destinations by the Medical Tourism Association. We have evolved - not only providing world-class facilities to our citizens but also the neighboring countries, the African continent, UAE among others.

Indian Healthcare, over the past few years, has been largely driven by private healthcare with government spending still around 1.2 per cent of GDP. In the 1980s, private health providers entered the market. The chief factors influencing the growth of health expenditure were new medical technology, increasing competition, restrained public funding and growth in health manpower.

Soon, came the private healthcare chains - the big players who played a vital role in developing healthcare, and helping the life expectancy of the average Indian move up from 32 years in 1947 to 69.66 years in 2019.

When it comes to the pharmaceutical market, India is the largest manufacturer and provider of generic drugs globally. With a large pool of scientists, engineers steering the industry, India supplies over half of the global demand for various vaccines, 40 per cent of generic demand in the United States, and at least a quarter of all medicine in the UK.

The jobs created through this manufacturing export allows a great number of foreign exchange into our economy. While many western counterparts deride India as a copy-cat drug maker, without India, the world would be in a dire need of generic drugs.  The recent Production Linked Incentive (PLI) schemes, foreign investment, over-the-counter medication, vaccines, and the growth of diagnostic and pathology centers will only take India to greater heights when it comes to the manufacturing and producer of generic drugs.

With the advent of Ayushman Bharat, there is a renewed focus on the creation of primary health centers across the country and also to give insurance to the citizens. Currently, only about 300 million Indians have health-related insurance cover which is around 25 per cent of the population as compared to 90-95 per cent of the population in western and developed nations.

Increasing coverage of health insurance will help reduce out-of-pocket spending by around 60-65 per cent. While the government is achieving it through the Ayushman Bharat mission, the private sector aims to address it through technology. Thanks to the higher penetration of information technology and social media platforms, there is better awareness about healthcare and insurance throughout the country. Recent reports have seen an increase in online health insurance customers from smaller cities.

Similarly, people, especially the millennials, have also taken to telemedicine and virtual consulting in a big way. The rise of telemedicine and virtual consulting has built confidence amongst patients as a healthcare delivery method. There is now a belief among patients that they do not need to rush to large cities during emergencies as hospitals can now cover them with the best of their medical services remotely.

The future of healthcare is evolving with the advent of Technology, Artificial Intelligence (AI), connected devices and is rapidly changing given the pandemic. There has been increased acceptance and adoption of technology whether it is video consultation, monitoring thru connected devices, using AI and this has taken healthcare to tier II, III cities that did not have access to healthcare.

Today, over 60 per cent of the country has access to smartphones and internet access. Healthcare is increasingly reaching the doorstep for sample pick up, delivery of pharmacy gaining popularity. The benefit of technology like Artificial intelligence and big data would not only help better prediction and prevention of diseases in the future but also has the potential to improve diagnosis and treatment of patients as well.

IoT (Internet of things) and Electronic Intensive Care Unit (EICU) could help smaller nursing homes to be connected to larger healthcare establishments and the command center can also help better monitor and also bridge the skill gap and get Tier II, III towns connected as well. Private Hospitals have also invested in world-class infrastructure like Robots for minimally invasive and complex surgeries, Tomography (for Radiation in Cancer care) is also reducing the time of the patients in Hospital.

I am sure that with government policies, collaboration and support there would be an integration of healthcare across the various towns and villages. This will potentially enhance the quality of healthcare in the country.

The government’s projection of spending close to 2.5 per cent of GDP on healthcare by 2025-26 helps bridge the gap of last-mile delivery that presently exists similar to the sterling role that the Government of India did for the vaccine rollout. India has become a case study, as over 1,700 million doses have been administered across the country.