Globally, breast cancer is the top diagnosed cancer in women. India accounts for almost one tenth of the breast cancers in the world. Over the last three decades, there has been a significant increase by 40 per cent in age-standardised incidence rates of breast cancer in India (Source), and has gradually overtaken cervical cancer to be the most commonly diagnosed cancer in Indian women. The incidence is also increasingly being seen in younger women in India, almost a decade earlier than the Western population 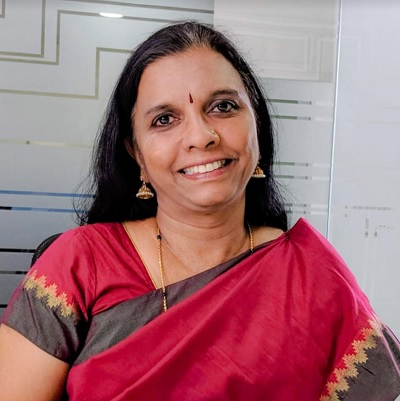 In 2020 alone, 178,361 women were detected with breast cancer for the first time and around 90,408 women died due to it. The reason for such a high mortality rate is mainly due to later stage detection. While the 5-year relative survival for breast cancer is around 76·3 per cent for localised cancers, it is a low 14·9 per cent for advanced stage disease.

Why mortality rates are soaring

More than 60 per cent of women report to the physician at advanced stages, with lower than 5 per cent of women presenting themselves to hospitals in early stages of the disease. Lack of awareness, fear, and financial constraints are some of the reasons cited for not seeking treatment earlier. Unlike other cancers where risk factor modification can help the occurrence of a cancer (cessation of tobacco use can prevent oral cancer), such methods are often unsuccessful in cases of breast cancer given that it is a multifactorial disease. Late detection increases treatment costs, usually makes treatment less effective, results in lower quality of life post treatment and has lower survival probability. Hence, early detection is the very key to fight breast cancer and reduce mortality rates. Early detection can be ensured if there is a systematic screening program where every woman is proactively tested for breast cancer even before any symptom appears. However, according to the latest National Family Health Survey (NFHS-V), less than 1 per cent of women have ever undertaken a screening test for breast cancer.

Screening mammography is the most widely accepted approach for breast cancer. However a systematic population screening using mammography is not economically feasible in many developing countries like India with resource constraint. The cost of mammography equipment and skill requirement for performing the screening test as well as expertise needed for interpretation makes mammography unaffordable and infeasible as a routine screening method. Furthermore, mammography has low sensitivity in women with dense breasts - which is seen in about 50 per cent of women above 40 years and almost all women under 40 years of age. As breast cancer is increasingly affecting younger age groups in India, there is a need for a non-radiation based screening test that can be used for this age group.

Breast ultrasound has the ability to detect abnormalities in a dense breast. However, it requires a well-skilled specialist to find small lesions especially when there is no lump. Breast ultrasound is therefore mostly used as a follow-up diagnostic test for women screened positive. In addition, use of ultrasound in Indian community settings is restricted to prevent any misuse for foetal sex determination under the Pre-Conception & Pre-Natal Diagnostic Techniques (PCPNDT) Act.

Clinical breast examination (CBE) is therefore a commonly used screening method in India, where examination of both breasts is conducted through a systematic visual and tactile palpation by a doctor or trained primary health caregiver. However, CBE can only detect palpable lumps more than 2 cm in size. Though low cost, conducting CBE delivers  inconsistent results due to subjectivity and will miss small lesions for early detection. So, there is still a void in the available screening tests that are suitable for a developing country like India. A test that can be used for women of age groups, economically and free from human bias.

Niramai has developed a novel test that can be used for screening all women, by combining thermal imaging and Artificial Intelligence (AI) for detecting breast cancer at early stages. This test detects abnormal thermal signatures at a tissue level by detecting irregular metabolic activity expressed as focal asymmetrical temperature increase. Thermal images representing temperature distribution on the chest as heat maps are automatically analysed using patented AI algorithms to give consistent accurate results without any human bias or interpretation. The auto-generated reports are then verified by a radiologist for confirmation. Use of thermal imaging makes the test a no-see, no-touch, no-pain, no-radiation, privacy aware method that works for women of all ages without any side effects. The test does not require breast compression and reduces other inconveniences in that process, thus increasing the acceptability by the women users and conformance towards routine breast screening.

Thermalytix, which is a non-touch, privacy-aware test that inherently involves maintaining a distance between the operator and woman being screened, can be effectively positioned in the breast cancer screening landscape especially during the COVID-19 pandemic, which has resulted in further reduced screening numbers from mammography and ultrasound.

The device is a small, portable system which has been successfully tested in 100+ locations in India and even used in over 3000 screening camps. Niramai has screened about 50000 women across urban and  rural areas.

Increasing awareness and qualtiy of healthcare

The theme of this year’s World Cancer Day was ‘Closing the care gap’. Keeping up with this theme, Niramai has a vision of delivering high quality healthcare for all using AI-based techniques. With their innovative, highly effective Thermalytix test, Niramai team has made breast cancer screening automated and affordable even for urban poor and women in rural areas.

The need of the hour is to understand the necessity of early detection, increase the level of awareness among both urban and rural women to motivate them to take a step closer to their breast health by screening regularly. This awareness creation requires involvement of civic bodies and the general public. Systematic routine screening programs need to be initiated by the government to decrease cancer mortality rates. We need such innovative automated AI-based tests which can make such screening programs feasible even in countries like India.