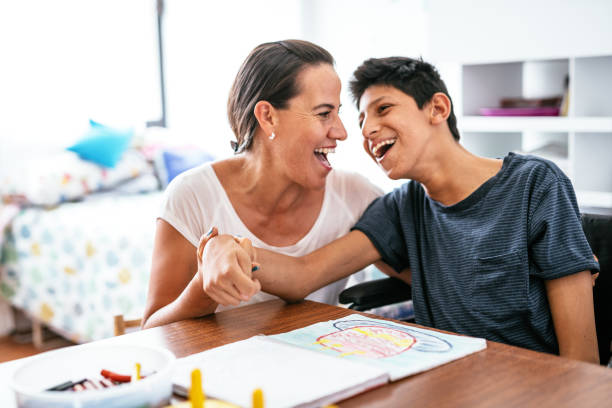 Around 15 per cent of the global population, roughly over a billion souls are affected by some form of disability brought on congenital disease, non-communicable diseases (NCDs) or ageing. These numbers from the World Health Organisation (WHO) indicate that it's steadily increasing.

Moreover, communicable diseases such as lymphatic filariasis, tuberculosis, HIV/AIDS, and  sexually transmitted diseases; neurological consequences of some diseases such as encephalitis, meningitis, and childhood cluster diseases (such as measles, mumps, and poliomyelitis) also contribute to disability.

To top it up, the problem of developmental disability has also become a major cause of concern in newborns. Caused by a number of factors such as genetics; parental health and behaviours (such as smoking and drinking) during pregnancy; complications during birth; infections the mother might have during pregnancy or the baby might have very early in life etc., can be well-monitored through constant screening during pregnancy.

We might think of disability as physical but mental health problems can make work difficult or impossible. Depression, bipolar disorder, and other conditions can be as disabling as any physical illness.

Defined as an impairment in a person’s body or mind functioning, activity limitation and restriction in participation, disability has a higher percentage in developing countries as compared to the developed ones.

One of the major reasons for the limited access to AT in low and middle income countries such as India is the high costs of these technological devices  that are way out of reach for the poorer populations. Furthermore, some policies implemented in India restrict the economic and education opportunities for people with disabilities.

Offering a ray of hope are the scientific minds that are constantly on-the-go to develop and design novel solutions in the space of assistive technologies. For example, researchers at the Indian Institute of Technology Madras (IIT-M) are enhancing already-developed wearable devices with the latest technologies that will assist people with hearing impairment and motor disabilities to communicate independently and enhance their quality of life. Both devices are embedded systems that will bring the latest developments from internet of things (IoT) and machine learning (ML) to wearable assistive devices.

IIT-M researchers have also been successful in developing India’s first indigenous motorised wheelchair vehicle that can be used not only on roads but even on uneven terrains, helping people with locomotor disability.

Further in a joint initiative, innovators from the Indian Institute of Technology (IIT) Jodhpur and All India Institute of Medical Science (AIIMS) Jodhpur have developed low-cost ‘Talking Gloves’ for people with a speech disability.

The developed device costs less than Rs 5000 and uses principles of Artificial Intelligence (AI) and ML to automatically generate speech that will be language independent and facilitate the communication between those devoid of speech  and  ones who aren't.

Another joint effort by IIT Delhi and AIIMS New Delhi has, recently, resulted in the establishment of ‘Centre for Advanced Research and Excellence in Disability & Assistive Technology (CARE-DAT)’, a Centre of Excellence (CoE),  under the aegis of the Indian Council of Medical Research (ICMR).

Today, there are many talented brains in India, not unlike Stephen Hawking, the world-famous theoretical physicist with motor neuron disease (ALS), that cannot maximise their potential due to lack of AT. But, with further developments in science and technology, and proactive steps and reforms from the government, people with disabilities can get a chance to achieve their true potential.