How tech and innovation can help in preventing counterfeit vaccines

Tackling counterfeits would require collaborative efforts from manufacturers, industry, and government agencies and to educate the general public on the measures 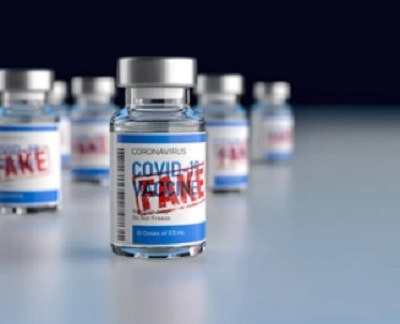 For the safeguard of humans in the crisis of coronavirus, the World Health Organization (WHO) recommended having universal standards of labelling. This included the manufacturing date instead of the expiry date, holograph markings, QR codes etc. Ever since the vaccine was introduced to the world, different countries and continents used different vaccines. In this process, the World Health Organization (WHO) discovered counterfeit copies of Covishield (produced by the Serum Institute of India) including others, which caused widespread alarm among stakeholders. Apart from that, fraudulent vaccination vials from Pfizer have been discovered in several sections of the United States, as well as other countries of the world.

Given the importance of vaccines in the fight against the COVID-19 virus, which has held the world hostage, the spread of false vaccines is a disaster waiting to happen. We have often seen instances on television, social media and through our friends and family of the counterfeit copies of vaccines being provided to people in many areas. Thus, the National Expert Group on Vaccine Administration has on multiple occasions have specified norms for the packaging and labelling of vaccines.

Sudish Sharma, Executive Partner, Lakshmikumaran & Sridharan Attorneys explained, "Packaging in the pharma industry is not just a means of protecting and preserving items contained within, but it is also a medium for communicating identification, marketing and regulatory information to consumers. While conventional packaging standards may be at constant risk from counterfeiting, the use of technology and innovation may help combat this brewing issue. Continued efforts are required to improve the standards. In essence, packaging may be treated as a science, which requires research, up-gradation and innovation and to ensure optimal security of pharma packaging, both overt and covert technologies need to be used. The packaging industries are required to develop newer and sophisticated concepts and thus, industries must come up with astonishing innovations. The packaging industry in the pharma industry also needs to consider the regulations which require various conditions to be met with.”

Secured pharma packaging is essential for maintaining the integrity and inviolability of drug packaging while also facilitating authentication, verification, and product traceability throughout the supply chain. Several pharma companies have already implemented authentication and traceability measures. Corning is equipping vials with black-light verification to combat counterfeiting. Aside from these authentication measures, most vaccine vials now have a vaccine vial monitor (VVM) attached to them. These smart labels are time-temperature indicators that contain a colourless chemical that is irreversible.

“Packaging technology to prevent counterfeiting in pharma is moving from QR code and holograms to emerging objects under different light and the blockchain era now. As the last develops, patients will be able to track the source of their medicines from the factory to the family medicine cabinet. Blockchain which is an immutable ledger is likely to emerge as a conclusive direction for ascertaining the authenticity of pharmaceuticals,” Pavan Choudary, Chairman Medical Technology Association of India (MTaI) added.

Tackling counterfeits would require efforts from manufacturers, industry, and government agencies, all of which would need to collaborate and educate the general public on anti-counterfeiting measures as well as the dos and don'ts of fake vaccines. Although the manufacturers and the health ministry have taken numerous measures, are they sufficient, or do more actions are needed? The onus is also on healthcare providers and end-users to be vigilant and identify/report the presence of counterfeit goods.