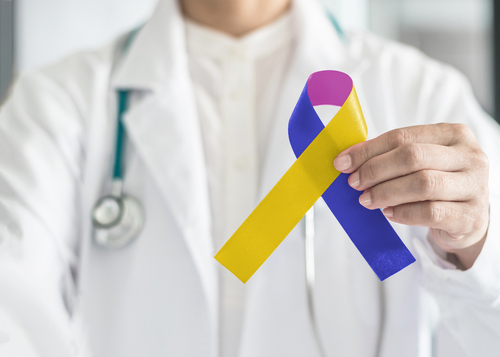 Cancer, the word itself sends a chill through the spine of many. The fear of cancer is majorly because of the lack of awareness and appropriate facilities, inadequate guidance, financial burden along with emotional and physical stress to the diseased as well as to the family. However, a lot of advancements have occurred in the field of oncology over the last decade which has given a hope for better treatments, improved outcomes and good quality of life for cancer patients.

As per this data, the five most common cancers in India among males are lung, head-neck cancers, prostate and stomach which constitute 36 per cent of all cancers, while among females it is breast, cervix-ovary-uterine and lung cancers which constitute 53 per cent of all cancers. Approximately one in 68 males will develop lung cancer, one in 29 females will develop breast cancer and one in 9 Indians will develop cancer during their lifetime. These numbers are alarming and hence appropriate methods for cancer awareness and cancer prevention form the first step in fighting this battle against cancer.

Cancer is broadly treated with three different modalities ie surgery, chemotherapy and radiation therapy either singly or in combination depending on the stage, site and type of cancer. Surgery is a treatment-modality where the tumour is surgically removed. Various minimally invasive surgical options such as laparoscopic, robotic, organ-conservation surgeries have resulted in excellent post-operative functional and cosmetic outcomes in cancer patients.

Chemotherapy is a systemic treatment of cancer through chemotherapeutic drugs; while the novel immunotherapy agents have targeted approach for cancer cells resulting in decrease in side-effects while maintaining the efficacy of treatments.

Advancements in the field of radiation oncology over the past two decades, have made focused, high-dose, precision stereotactic radiation treatments such as SRS, SRT, SBRT, SABR  possible; thus delivering high dose radiation in short time-span to the tumour with less or similar side-effects as the long-course conventional radiation treatments. Also advanced techniques such as respiratory gating help in decreasing radiation doses to normal tissues thus decreasing side-effects while targeting the tumour in treatment of organs which have increased respiratory motion.

Newer technology with new techniques and clinical expertise in these treatments have not only increased patient outcomes with respect to improved survival rates but has also helped in improving the quality of life of cancer patients’ post-treatments and strengthening the ability to fight recurrent and metastatic diseases with great vigour.

In the present era, the aim of cancer treatments is directed not only at improving survival but also on early recovery, minimal side-effects, easy availability; helping patients spring back to their normal life post-treatments. With these types of treatment advances, new approaches to cancer prevention and screening, as well as a greater emphasis on doctor and patient relationships, we can hope to achieve stunning gains in the near future.