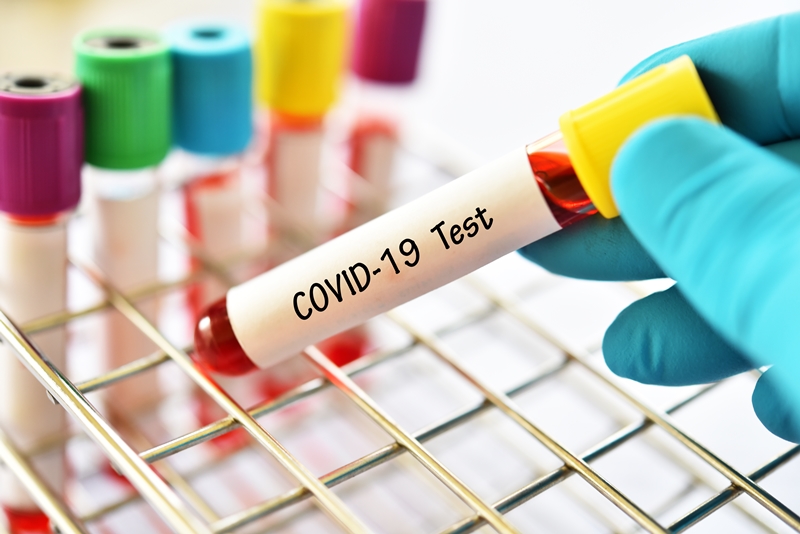 Efficient detection of the virus that causes COVID-19 has been a question on the minds of many researchers worldwide since early 2020. NCBS researcher Dr Arati Ramesh, along with Dr Akash Gulyani from the University of Hyderabad, sought to tackle the pressing need for a rapid, accurate, and inexpensive testing method. A team of students from NCBS and DBT-inStem joined their efforts to create PHANTOM (PHAsed NASBA-Translation Optical Method).

PHANTOM provides a direct and ultrasensitive test that is both a powerful and an easily accessible strategy to detect a COVID-19 infection.

This diagnostic tool was developed using RNA biosensors to detect SARS-CoV-2 RNA, based on ‘toehold switches’, sensors which can be designed to detect any sequence of interest. The target RNA, in this case, a portion of the SARS-CoV-2 RNA, binds to the sensor and activates it. This activation then triggers production of a reporter protein that causes a change in colour (lacZ) or luminescence (Nano-lantern).

“This ease of detection was one of the big motivations behind developing this assay,” says Dr Ramesh.

“The power of the test is that it is sensitive and specific but there is no need for sophisticated equipment or trained personnel to interpret the results unlike the RT-PCR test which is considered the gold standard for SARS-CoV-2 detection,” says Dr Gulyani.

Prof Satyajit Mayor, Centre Director, NCBS says, “Given its use as a platform technology that can be used in a resource-poor environment, it has attracted great interest from a number of organisations at the very start of the pandemic: CSR funds from PNB Housing, IQVIA, and a generous grant from APPI have supported this effort that we deemed a priority.”