Biotechnology growing at 20 per cent in India: Prahlad Joshi

It is expected to grow up to 11.6 billion US Dollars by the end of this current year 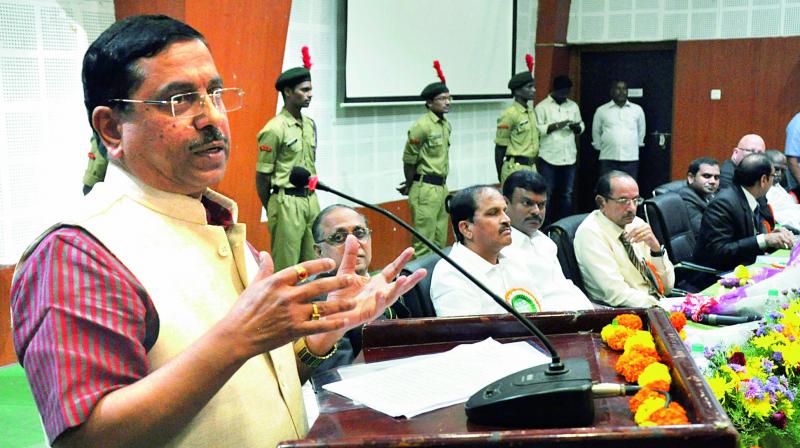 While inaugurating the same he said, “Biotechnology sector in India is growing at a rate of 20 per cent a year.  It is expected to grow up to 11.6 billion US Dollars by the end of this current year. Currently, India’s biotech industry holds two per cent of the global market share and is the third largest in Asian Pacific region. The sector has immense potential to grow and provide plenty of opportunities to investors.”

“In order to achieve self-sufficiency in the field of biotechnology ad make India one of the global leaders, the universities have to proactively consider this as a key challenge and responsibility, he noted. They should also facilitate research in the sunrise sector where the Government was investing substantially for creating human capital and infrastructure with special focus on research and development to develop India into a world class biomanufacturing hub”, he added.

He also said that, “With regard to bio energy, he noted that as the global energy demand continued to rise, carbon dioxide emissions were expected to reach new record high, increasing from 31 GT in 2011 to approximately 37 GT in the year 2035. The need for climate change adaptation and the growing concerns over energy securities are the main drives behind the policies of many countries that encourage growth about 14 to 17 per cent of the total global energy consumption, in which bio-energy accounts for approximately 13 per cent.”