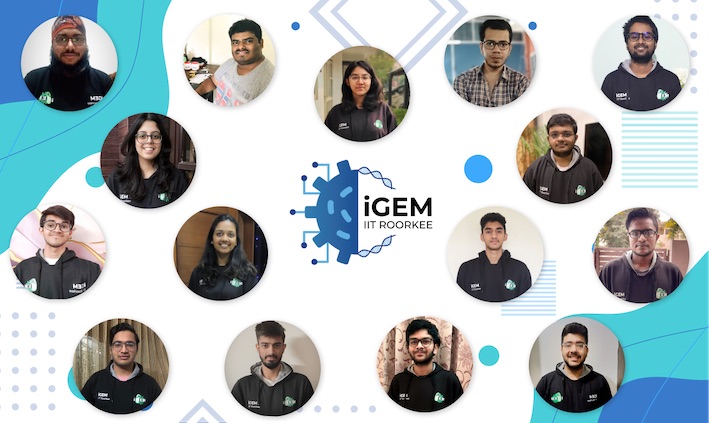 iGEM having HQ in Massachusetts, US is the most extensive Synthetic Biology innovation programme and a launchpad for the industry's various successful leaders and companies. iGEM 2020 witnessed the participation of 249 teams from 36 countries. The team worked on the project titled ‘Pyomancer: Novel Antimicrobial Drugs against MDR Infections’ to tackle WHO’s topmost priority problem of Antimicrobial Resistance and approached it from a multidisciplinary perspective. This project focussed on designing new Antimicrobials, called Seekercins, to kill drug-resistant bacteria with a mechanism inspired by other natural molecules.

“Synthetic Biology finds applications in medicine and several other areas. I would like to congratulate the winning team for winning the Gold Medal at this international competition and bringing laurels to our Institute and country” said Prof. Ajit K. Chaturvedi, Director, IIT Roorkee

The Team Leader, Sanjeevani Marcha, a final year student, said:  "We believe that through our concept and protein design, we can focus on the priority pathogens and urge the pharmaceutical companies to change the ways antibiotics are conventionally developed.”

iGEM began in January 2003 as an independent study course at the Massachusetts Institute of Technology (MIT), US where students developed biological devices to make cells blink. This course became a summer competition with five teams in 2004 and continued to grow to 13 teams in 2005; it expanded to 353 teams in 2019, reaching 40+ countries and over 6,500 participants. The projects encompassed by the tracks aim to solve crucial global challenges in varied fields, viz. environmental bioremediation, new medical delivery systems, technological advances, and alternative energy sources using synthetic biology.