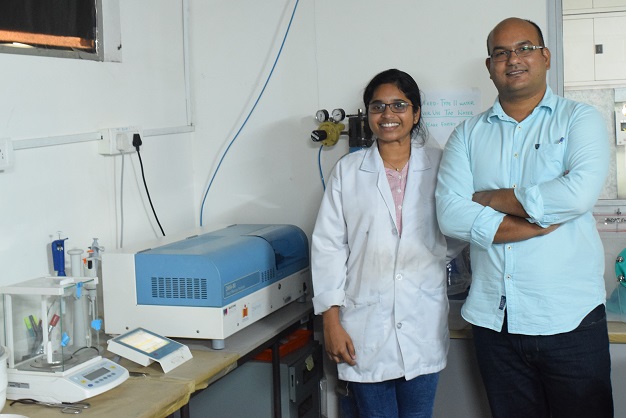 Indian Institute of Technology Hyderabad Researchers have found that people living in a city with active coal-fired power plants and consuming local aquatic produce may have higher body levels of mercury. They arrived at this finding after analyzing the amounts of mercury in the hair of over 600 people in three cities in India. Their study has recently been reported in the Journal of Exposure Science and Environmental Epidemiology, a peer-reviewed a Public Health journal.

Mercury is a neurotoxin that is distributed in the environment and present in many products encountered in daily life. It is used in industry and consumer products, exists as a natural impurity in ores, is non-degradable, and widely circulates within and between ecosystems.

The Research Team was headed by Dr. Asif Qureshi, Associate Professor, Department of Civil Engineering, IIT Hyderabad. The IIT Hyderabad Research team chose three cities for their analysis – Hyderabad, a city in the interior of the country with no specific local mercury source, Vasco da Gama, a city along the West Coast, with again, no specific mercury source but probably more fish-eaters, and Nellore, a coastal city in Andhra Pradesh with several coal-fired power plants.

After collating information on demography, body mass index, dietary patterns, professions and other variables of more than 600 people in these cities, the research team proceeded to analyze the amount of mercury in their bodies.

Human exposure to mercury is not new. Historically it has been used in medicines and cosmetics, during mining of gold and silver, and industrial mercury poisoning from fur-treatment has been known to result in the ‘mad hatter’ disease in Victorian England.

Speaking about this Study, Dr. Asif Qureshi said, “In modern times, the non-occupational exposure of humans to mercury comes from food, especially fish, and rice grown in contaminated fields. Coal-fired power plants are estimated to be the largest emitters of mercury to the atmosphere. The total mercury emissions in India are estimated to become around 540 tons in 2020. In addition to neurotoxicity, mercury has also been implicated in adverse effects on lungs and kidneys, and heart diseases.  So, how much of mercury are Indians exposed to?  This is a question we attempt to answer.”

“Hair is an excellent indicator of mercury in the body”, adds Dr. Qureshi.  Hair concentrates mercury and its sampling is non-invasive, making it easy to both measure and correlate to the amount of mercury in the body. Accordingly, strands of hair were cut from the occipital (back) region of the heads of participants and analyzed using a direct mercury analyzer equipment. Statistical analysis was carried out to correlate the amount of mercury found in the hair, with corresponding variables such as dietary pattern, occupation and location.

Dr. Qureshi’s survey showed that nearly 5.5% of the people tested had mercury levels above the current US-EPA reference. It was found that the women of child-bearing age surveyed in this study had generally lower hair mercury than the women of child-bearing age in the US or EU. “This could be because participants in our study consume smaller sized fishes and species that belong to lower trophic levels. In contrast, larger and higher trophic level species such as tuna and cod are among the most commonly consumed fish species in the US or EU”, the authors justify this observation, in their paper.

The general understanding gleamed from Dr. Qureshi’s work is that people must take care of how much fish and which fish they eat. This is most easily done by issuing of consumption advisories by governmental bodies (as is done in the US for example), avoiding panic and helping consumers make informed decisions. Because, fish is also a good source of nutrition.  Power plants themselves must take more stringent measures to contain mercury release into the atmosphere.