Study may help understand molecular basis of infection & has implications in designing drugs to treat Chikungunya. 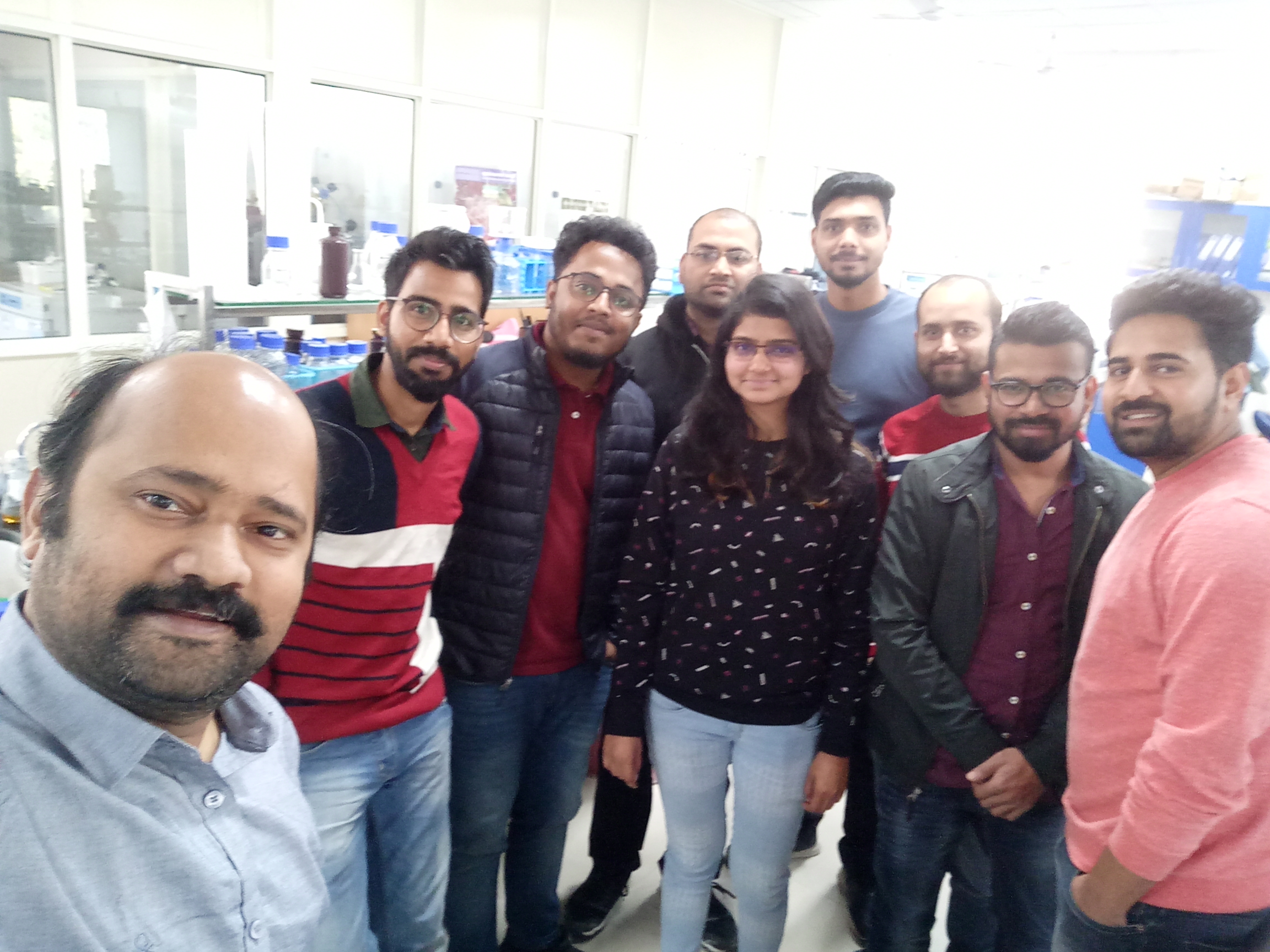 Indian Institute of Technology Mandi researchers has identified dark regions in the proteins of Chikungunya Virus. The Study could help understand molecular basis of infection and has implications in designing drugs to treat Chikungunya.

The research undertaken by Dr. Rajanish Giri, Assistant Professor of Biotechnology, School of Basic Sciences, IIT Mandi, is aimed at understanding the structure and action of the Chikungunya Virus (CHIKV) through computational studies.

Assisted by his research scholars, Ankur Singh, Ankur Kumar and Rakhi Yadav, Dr. Giri collaborated with Dr. Vladimir Uversky from University of South Florida in unravelling the un-structural biology or the dark proteome of the virus through computational studies. Further the group has also identified the molecular recognition features of the virus (MoRF). These findings by Prof. Giri’s work has recently been published in the Scientific Reports (Nature Publishing Group) and the Royal Society of Chemistry’s open access journal, RSC Advances.

Classical virology is built on isolation and culture of the virus itself, which is often difficult, given the prevalence and variety of viruses known. With the advent of the silicon revolution in the latter part of the Twentieth Century, the field of virology has come to be aided by computational studies and bioinformatics, the amalgamation resulting in a new area of research - computational virology/viroinformatics.

Computer simulations are now being used in inter-disciplinary laboratories worldwide to probe the structure and chemical nature of virus. Such studies afford better understanding of the nature in which the virus infects hosts, which, in turn, provides handles for therapeutic design.

Speaking about the importance of this Research, Dr. Giri said, “The pathogenic mechanism of arthropod-borne CHIKV is not fully understood as yet because of the sacristy of information about the structure and non-structure of the viral proteins. Our Research seeks to fill this gap in knowledge.”

Further, he added, “We believe that the analysis of the MoRF-based interactions of CHIKV proteins could help in understanding the molecular mechanisms of the pathogenicity of this virus.”

The team used multiple computational tools to identify the MoRFs in the proteins of the CHIKV. The team found that all CHIKV proteins have at least one MoRF crucial for signaling events during survival and pathogenesis of the virus. Dr. Giri is hopeful that once all the molecular mechanisms of CHIKV proteins are deciphered and protein-protein interactions are understood, there would be a better path towards design of specific drug molecules that can act against this virus.

The World Health Organization (WHO) reports that more than 1.5 million deaths worldwide are caused by viral infections every year. Given that there are 320,000 mammalian viruses that can potentially infect human beings, man’s hope of preventing and treating virus-borne diseases hinges on rigorous research enterprise.

The understanding of viruses has come a long way since its description by the Dutch microbiologist Martinus Beijerinck as ‘contagium vivum fluidum’ (contagious living liquid) in the late Nineteenth Century. Scientists are now aware that viruses are infectious agents that cause a plethora of human illnesses.

Chikungunya Virus is a mosquito-transmitted pathogen that has caused epidemic outbreaks in Africa, Asia, the Indian Ocean, the Caribbean and the Americas in recent years. Chikungunya, the word meaning ‘to become contorted’ in the Kimakonde language of Tanzania and northern Mozambique, causes severe joint and muscle pain (hence ‘to become contorted’), rashes, and fever.

The Chikungunya virus is made of a shell of protein that envelopes a single stranded RNA. The RNA encodes for four non-structural and five structural proteins. Almost all these proteins interact with the proteins of the host that the virus infects and hence, it is important to understand their nature. CHIKV has higher percentage of dark proteome.

The dark proteome defined as proteins not amenable to structure determination by conventional methods, such as x-ray crystallography and electron microscopy. Dark proteins break the rule of conventional proteins i.e., the function of a protein depends critically on its fixed three-dimensional structure; for example, protein binds to specific ligands because their shapes match perfectly, as stated in the ‘lock-and-key’ model proposed by chemist Emil Fischer in 1894.

Most of the dark proteome are hybrid proteins containing ordered domains and Intrinsically Disordered Proteins Regions (IDPRs), which show specific functions without being folded into unique 3D structure under physiological conditions” explained by numbers of scientists world-wide. The team has analyzed the abundance and functionality of IDPs/IDPRs in CHIKV proteins, by using various computational tools. These proteins are involved in replication and maturation of CHIKV.

The CHIKV proteins have been shown to contain variable levels of intrinsic disorder that can interact with many unrelated partners, and these interactions are frequently accompanied by a transition from a disordered to ordered state. The corresponding sub-regions of IDPRs are acknowledged as molecular recognition features (MoRFs). The focus of Dr. Giri’s team is the identification and analysis of the MoRFs in the viral proteins of this alpha-virus.