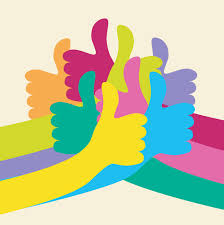 The Nature Index 2018 Rising Stars supplement has been published with sections profiling 11 up-and-coming researchers in the natural sciences and telling stories of institutions, countries and regions that have exceeded expectations over the past three years in their contribution to the Nature Index.

The supplement includes also a special highlight of young universities and the progress they achieved in the research world without the years of experience of established competitors.

Referred to as ‘Green Shoots’ or ‘30 UNDER 30’, this section profiled six of the leading young institutions that have sprinted from the starting block. Established as universities after 1988, they have made significant progress in contributions to 82 high-quality journals over the past three years.

India’s HBNI has increased its contribution to papers in the index by 68.2% since 2015, and is the top-ranked rising star in India in the physical sciences. Papers cover theoretical investigations into subatomic particles, from neutrinos to mesons. Researchers at the institution have also contributed to work on harnessing the Sun’s heat to halve the fossil-fuel consumption of existing coal-fired power plants, and the use of molecular assemblies to prevent amyloid build-up in the body, a hallmark of many diseases including Parkinson’s.

The Indian Institutes of Science Education and Research (IISER) have collectively increased their contribution to science tracked by the index by 24% since 2015. The mandate to balance teaching with research has engaged undergraduates in research, some publishing results by completion of their master’s degree.

Indian Institutes of Technology (IITs) is the third name from India in the Rising Stars tables. The institutions collectively ranked 7th, and are the only non-Chinese institution in the top 10. Their contribution to papers in the index increased by 26.3% since 2015 to a fractional count of 214.66 in 2017. The same institutes ranked 41 in the Nature Index 2018 Annual Tables published earlier in June.

Apart from India, the Nature Index 2018 Rising Stars supplement shows that Chinese institutions are leading the world in rapidly increasing high-quality research outputs with 51 of the top 100 most improved institutions across the globe from this scientific powerhouse and 28 of those showing growth above 50% since 2015.

The United States is second, with 20 institutions in the top 100 despite many starting from a high base. Four institutions feature from Germany, and only two are from the United Kingdom.

In addition to 11 up-and-coming researchers in the natural sciences who are highlighted based on their recent contributions to the 82 journals tracked by the Nature Index, and their standing in the League of Scholars Whole-of-Web ranking.

David Swinbanks, Founder of the Nature Index, said “The emergence of three Indian institutions among the rising stars is noteworthy and reflects the rapidly rising quality of research from India. Although the IITs rank was impressive considering the tracked 8000+ institutions, the “under 30” institutes of HBNI and IISER achieved a combined fractional count (FC) equal to almost 70% of the IITs FC”.