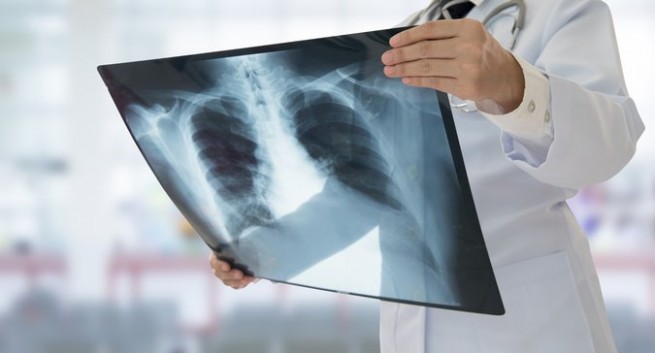 National Programme on Technology Enhanced Learning (NPTEL) has joined hands with National Institute of Research in Tuberculosis (NIRT) to offer 'Manage Tuberculosis – an online certification course for Doctors.' It is expected to impart a major boost to the 'End TB' Strategy & 'TB Free Chennai' initiative.

This Eight-Week course was prepared in consultation with experts in the field of TB management and covered the epidemiology, diagnosis, treatment, prevention and control of TB as a public health problem. NPTEL has provided the support for recording and hosting on the portal, along with coordination for conduct of final exams.

Speaking about the importance of this course, Prof. Andrew Thangaraj, NPTEL coordinator at IIT Madras, said, “We believe that this is the first course of this nature addressing a specific disease of public health importance in India. We hope that it will benefit doctors treating TB patients and help them to offer care of a higher order to their patients.”

Prof. Andrew Thangaraj added that there was vast potential to develop online courses in a range of subjects and the NPTEL would welcome new proposals and coordinate the offering of the same.

The 'Manage TB – an online course for Doctors' was developed by Indian Council of Medical Research (ICMR) - NIRT in collaboration with the NPTEL. It is an initiative to address this felt need of sensitizing doctors both in the public and private sector to the standards of care and the new guidelines and developments in the modern management of TB.

The course has been designed after extensive discussions with subject experts and has been planned keeping in mind the busy work schedule of doctors in practice. This 8-week course consists of video lectures, case discussion scenarios and video demonstrations of laboratory procedures.

The course was launched recently by Shri. Madhusudhan Reddy IAS, Deputy Commissioner (Health), Greater Chennai Corporation, at ICMR-NIRT in the presence of Dr. Srikanth Tripathy, Director-in-Charge of NIRT. Expressing happiness with the move by NPTEL to enter the field of medicine, Mr. Madhusudhan Reddy said that a course like this was very much needed in view of the 'End TB' Strategy and the 'TB Free Chennai'initiative that have been rolled out recently.

Mr. Madhusudhan Reddy said that he would urge all the doctors in the Chennai Corporation to enroll in the course. He also said that courses aimed at the paramedical staff involved in TB control would be very helpful. Dr. Sanjay Mehendale, former Additional Director General of the ICMR advised the organisers to explore the feasibility of awarding CME credit points for the course as that would encourage a larger participation among doctors.

Tuberculosis continues to be a major public health problem in much of the developing world. India has nearly one-fourth of the global TB patients and an estimated 4.8 lakh lives are lost every year due to this illness. The End TB strategy of the World Health Organisation (WHO) seeks to achieve 95% reduction in TB mortality and 90% reduction in TB incidence by the year 2035.

The National Strategic Plan of the Revised National TB Control Programme (RNTCP) has a more ambitious target of working towards TB elimination by 2025. To achieve these goals it is important to build the capacity of Doctors to appropriately diagnose and treat TB. There have been major advances recently in the diagnosis and treatment of TB. There are also new national and international guidelines.

NPTEL was initiated by seven Indian Institutes of Technology (Bombay, Delhi, Kanpur, Kharagpur, Madras, Guwahati and Roorkee) along with the Indian Institute of Science, Bangalore in 2003. The online courses cover all disciplines of Engineering such as Biotechnology, Ocean Engineering and, Metallurgical Sciences apart from the popular courses such as Computer Science Engineering or Electrical Engineering.