ALS Wellness Network has effortlessly synced the power of human touch with technology to lend an ear and compassion for those suffering from emotional and mental health issues, through their app Zyego. 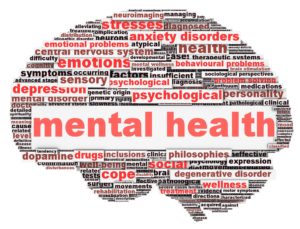 With the increasing level of stress and other psychological problems amongst college students, Janki Devi Memorial college, one of the prominent women colleges of Delhi University, is giving mental health its due importance. For the first time they have introduced emotional counseling at the college campus. As a pioneering initiative, JDMC organized a 2 hour long interactive session on Exam Stress with participation of 60-70 college students. JDMC is one of the very few colleges in the campus which has taken up emotional counseling in a big way as part of the overall and holistic development of the students.

During the session, one of the things the students had to do was fill out a questionnaire about the reasons behind their stress. This was done to understand the level of examination stress and anxiety felt by college students under Arts, Science and Commerce stream of education. At the end of the ‘survey’ what was most prominent was the reason behind this stress. Some of these were:

Dr. Swati Pal, The Principal of JDMC said, “We are introducing emotional counseling as it has been proven that women are more prone to emotional issues. Failure to recognize and address the risk factors could eventually lead to major psychological challenges in youth which can be very disturbing. So educational institutions like us should play a positive role by intervening and providing them a conducive environment in college premises.”

She further added that They, as an institution, have taken up different issues each time and goes into them in great detail to help students understand the nuances and intricacies of the underlying issues. The entire effort is managed by the mentoring and counseling committee of the college.

In the words of one of the participant, Neha, “It was a very useful session as they could give us the exact reasons why we were feeling stressed and then gave us tips to handle individual areas”

According to Arindam Sen, Founder, Zyego, “Statistics suggest that India has one of the highest Suicide rate among people aged between 15 and 29. Although the reasons are myriad but failure in examination, unemployment, and depression are some of the main reasons”

He further added “Instead of putting pressure on their children regarding their exams, Parents should be liberal. The success of someone lies in what they choose to do with their resources, the actions they take, and most importantly their passion towards a particular interest. Every parent should understand the inherent strength of the child and let him or her take a path of their own. If required, a child along with the parent can take an appointment with a psychologist to work through their fears and expectations.”

Today, in this fast-paced world there is an urgent need of encouraging families, communities and educational institutions to be a part of the support system to strongly promote mental health. Adapting a stigma-free environment paves the way for a successful delivery of mental health services especially among the youth.