Columbia Asia hires Dr. Kelvin Loh as CEO to navigate its next phase of growth 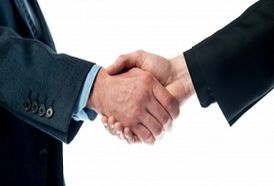 Columbia Asia, one of the fastest-growing healthcare companies in Asia, has appointed Dr. Kelvin Loh to serve as CEO, effective July 1.

Dr. Loh worked for past eight years at Parkway Pantai, most recently as chief executive of the company’s Singapore operations division. Parkway Pantai is one of the largest private healthcare providers in Asia and a major subsidiary of IHH Healthcare Berhad.

Dr. Loh previously served as CEO of Parkway’s Mount Elizabeth Hospital and Mount Elizabeth Novena Hospital in Singapore, and before entering healthcare administration 16 years ago, practiced as a medical doctor.

Columbia Asia, part of Seattle-based Columbia Pacific Management, has 27 hospitals and two clinics in India, Malaysia, Vietnam, Indonesia and Kenya, built with an innovative business model focused on serving Asia’s rapidly growing middle class with modern and efficient multispecialty hospitals located close to where patients live and work. The company has about 10,000 employees serving more than 2.5 million patients a year.

“Dr. Loh brings a wealth of experience and a common vision as Columbia Asia continues to expand in its mission of delivering high-quality, affordable healthcare across Asia and Africa,” said Nate McLemore, Managing Director of Columbia Asia’s parent company, Columbia Pacific Management. “He shares our values of delivering patient-centered care – striving for both clinical and service excellence.”

Columbia Asia opened its first hospital in 1996 and over two decades has developed into one of the largest hospital companies in Asia.Columbia Asia is the only healthcare provider in Asia to operate hospitals in so many countries under a single brand, and one of the few large, multinational providers in Asia to internally develop and build the vast majority of its hospitals.

Columbia Asia will open new hospitals this year in the Klang Valley of Malaysia and in Bangalore, India, and has other hospitals in the development pipeline.