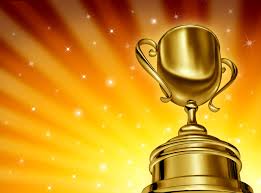 Prashant Ranganathan, Indian boy has won the world's largest pre-college science competition in the US in the environmental engineering category for his project on biodegradation of pesticides.

This boy from Jamshedpur was accompanied by 20 high school students from various parts of India and participated in the Intel International Science and Engineering Fair.

Student of Carmel Junior College in Jamshedpur, Prashant's project 'Biodegradation of Chlorpyrifos using native bacteria' said that farmers should not use pesticides.

"In almost all the states, like Uttar Pradesh and Punjab, Haryana and Bihar and Jharkhand, there's extensive farming. Using excessive amounts of pesticides, is affecting the health and the environment around them," he said.

Maya Ajmera president and CEO of Society for Science and Public said,  "India really boasts really extraordinary mathematics, science, physics, education. I think that many generations of Indian scientists and engineers and computer scientists, have truly paved the way of this generation of young people doing extraordinary things.”

As a result, Indians and Indian Americans accounted for nearly one-fifth of the top categories of the awards.