Vikram Vishal, a 31-year-old assistant professor in the Earth Sciences department of the institute, received recently the Young Scientist award from the Indian National Science Academy for the year 2017 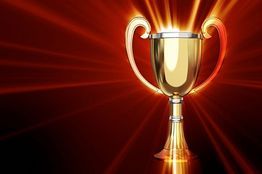 Vikram Vishal, a 31-year-old assistant professor in the Earth Sciences department of the institute, received recently the Young Scientist award from the Indian National Science Academy for the year 2017.

His SCIENTIFIC model can prove to be a long-term solution for carbon dioxide emissions in the country.

The model proposed by Vishal involves trapping the carbon dioxide emitted by industries and injecting them in hard rocks within the sub-surface of earth.

“The analogy comes from the natural gases that remain trapped in rocks for millions of years. If we can successfully inject the emissions into the rocks, they will remain there for several thousand years,” said Vishal.

While the research has been published in several high-impact journals last year, the next step for Vishal is to establish a plant to visualise his model.

“The plan is to have at least a demonstration plant to see the feasibility of it. We can partner with the industries to set up the plant. We have worked on the emissions from dumpyard fires as well as mine fires and noted similarities in the two”,  he added

While Vishal is currently focused on carbon dioxide emissions, he has also worked on studies on pollution levels in Mumbai.

Vishal completed his engineering degree from Presidency College in Kolkata and did a masters course at IIT-B.

The ‘Young Scientist’ said that while institutes in the country do pathbreaking research, the government needs to invest more on infrastructure and incentivise research to stop the brain drain phenomenon.

“Institutes also need to focus on certain research areas based on the contemporary needs of the world. We should also compare our institutes with the best practices in universities abroad to improve the quality of research,” said Vishal.