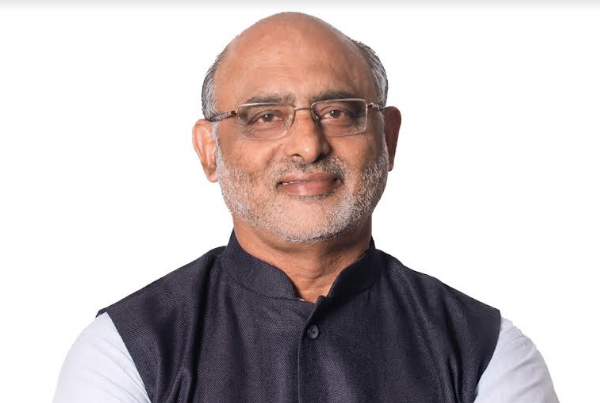 Amrita Vishwa Vidyapeetham’s Life Science, School of Biotechnology, Dean Dr Bipin Nair has been appointed as the vice chair of one of the five Special interest Groups (SIG) of the India AMR Innovation Hub (IAIH), a national-level body engaged in research related to antimicrobial resistance.

Dr Nair will be the AMR Environment Committee’s vice chair, one of the five SIGs of IAIH. Additionally, four SIGs focusing on key areas are Human AMR, AMR in Human-animal- Agri Interface, AMR stewardship, and Surveillance & Public Health Preparedness. Antimicrobial resistance (AMR) has been identified by WHO as one of the top ten global healthcare threat that is presently claiming 700,000 lives per year.

In 2004, Dr Nair took over as Professor and Chairman of the Centre for Biotechnology, Amrita Vishwa Vidyapeetham, Amritapuri Campus. Under his leadership, the School of Biotechnology has been a trail-blazer in the Biotechnology arena for both undergraduate and postgraduate academic programmes as well as an active PhD programme at the School.

D. Nair is also the Coordinator of the TIFAC Centre of Relevance and Excellence in Biomedical Technology at Amrita Vishwa Vidyapeetham, under the Mission Reach programme of the Department of Science and Technology, Govt of India.