Ramaswami brings to Caris more than two decades of healthcare communications experience, and has held roles of increasing importance at Merck, Pfizer and Johnson & Johnson. 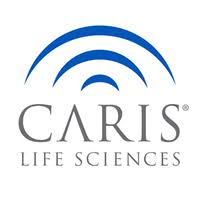 Caris Life Sciences, a leading innovator in molecular science focused on fulfilling the promise of precision medicine, has announced that Srikant (Sri) Ramaswami, has joined the company as Vice President and Chief Communications Officer (CCO).

"We are delighted that Sri has joined Caris and believe that his breadth and depth of experience in healthcare will be of great benefit to us," said Michael Sullivan, Senior Vice President and Chief Commercial Officer of Caris Life Sciences. "His strong communication skills coupled with his passion for healthcare and successful patient outcomes will enable us to effectively share the Caris story with key influencers."

Ramaswami joins Caris from rbb Communications where he was most recently Executive Vice President for healthcare. He began his career at Dow Jones & Co., Inc. and received his J.D. and M.S. degrees from the University at Buffalo School of Law and the Columbia University Graduate School of Journalism, respectively.