This is the fourth year in succession that Singh has featured among the Power List’s top business leaders. 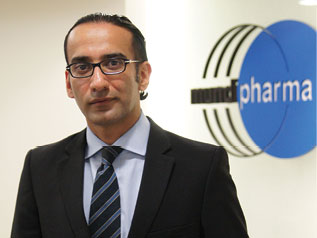 Mundipharma CEO, Raman Singh, has been ranked the third most prominent Business Captain on a list of the top 100 medical and pharmaceutical sector leaders by UK-based industry publication, The Medicine Maker.

This is the fourth year in succession that Singh has featured among the Power List’s top business leaders. Singh is the highest ranking CEO followed by Emma Walmsley, CEO, GSK.

The Medicine Maker’s Power List ranks the top 100 individuals with the most significant impact on the world of medicine across four categories each featuring 25 business leaders under ‘Masters of the Bench’, ‘Industry Influencers’, ‘Business Captains’ and ‘Champions of Change’.

Singh’s ranking among the world’s most prominent ‘Business Captains’ places him alongside leaders and entrepreneurs ‘who turn scientific ideas into marketable medicines’. The Power List features top executives, scientists and other professionals from leading pharmaceutical and healthcare companies as well as a range of academic and civil society institutions.

Acknowledging his ranking, Singh commented: “I am again honoured and humbled to be named among the leading Business Captains at a time when our industry sector is experiencing such rapid technology-led transformation.

“In a changing landscape, leaders are challenged to navigate complexity and provide clear and strong direction for others to follow. This is a focus of my leadership and Mundipharma’s direction as an agile innovative company,” he added.

Nominees of the Medicine Maker Power List were evaluated and ranked by each individual judge on the judging panel. The rankings were then averaged to obtain the final Power List.