Bhargava is a recipient of Padma Shri in 2014, for his contributions to the field of medicine. 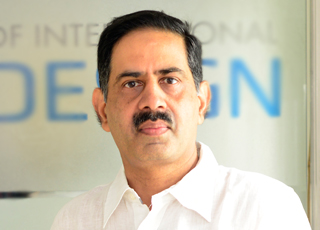 Balram Bhargava, a senior consultant cardiologist at the All India Institute of Medical Science (AIIMS), has been appointed the new Director General (DG) of the Indian Council of Medical Research (ICMR) and Secretary of the Department of Health Research.

He will be succeeding former ICMR DG Soumya Swaminathan, appointed the deputy director general for the World Health Organisation in October 2017. Bhargava will carry out this role until 2021.

Bhargava is a recipient of Padma Shri in 2014, for his contributions to the field of medicine. Bhargava is reported as a leader in the field of biomedical innovations in India. He was the force in the establishment of the Stem Cell Facility at AIIMS which was, reportedly, the first centre in the world which initiated treatment for dilated cardiomyopathy patients. The centre is now poised to develop into a Centre for Excellence for Stem Cell Studies, with the assistance from the Government of India.

Bhargava founded the Stanford India Biodesign Centre, the Indian chapter of the Stanford Biodesign and he is the Executive Director. The organization has set goals to promote innovators of medical technology through fellowships and also to conduct internships and events related to the area. The system is supported by AIIMS and has Stanford University, Indian Institute of Technology, New Delhi, the Indo-US Science and Technology Forum (IUSSTF) and the Ministry of Science and Technology, Government of India as partners.