K Vijay Raghavan to serve as Scientific Adviser to the Govt.

He will be succeeding R Chidamabaram who has been in the position for more than 16 years. 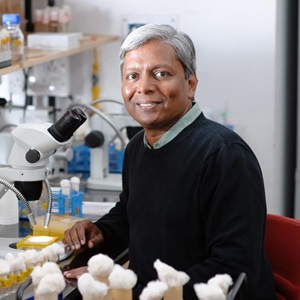 Distinguished Professor and former Director of the National Centre for Biological Sciences (NCBS),  Krishnaswamy VijayRaghavan has been appointed as the Principal Scientific Advisor to the Government of India.

He will be succeeding R Chidamabaram who has been in the position for more than 16 years. VijayRaghavan has served as a Secretary of Department of Biotechnology, India since 28 January 2013, replacing Maharaj Kishan Bhan.

He was conferred the Padma Shri by the Govt. of India on 26 January, 2013. He is also a recipient of the Infosys Prize in the life sciences category in 2009.

The tasks of the Office of the Principal Scientific Adviser to the Government of India (PSA's Office), involves creation of missions and also to undertake multi-departmental, multi-institutional projects in strategic, technology and other areas of economic/ social relevance.