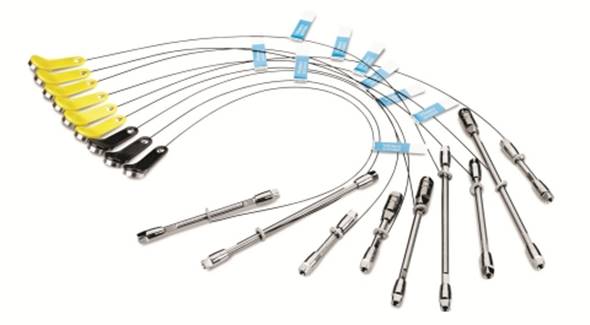 The columns are for use with any brand of UHPLC system and can measurably improve data quality by mitigating the loss of sample analytes due to analyte-to-surface interactions. Designed for the analytical laboratory seeking to exercise greater control over their chromatographic separations, the columns improve sample throughput, assay-to-assay reproducibility and overall confidence in analytical results.

“Analyte loss due to non-specific adsorption is a significant problem that deserves more attention because of the cost of wasted effort and lost productivity. Most of the time, scientists don’t even know what they are missing. There are workarounds but they come with their own problems,” said Erin Chambers, Vice President, Chemistry, Waters Corporation.”

Waters™ ACQUITY PREMIER Columns feature MaxPeak HPS technology, a hybrid organic/inorganic surface technology that forms a barrier surface layer between the sample and the stainless steel column. The benefits of this new technology are many, among them:

“The Waters ACQUITY PREMIER Peptide BEH C18 300Å Column shows an excellent degree of specificity and selectivity in denaturing and non-denaturing analysis of synthetic oligonucleotides, due to the absence of non-specific binding properties of this new column hardware in combination with great stationary phase performance,” says Verluyten.

Kerri Smith, Principal Scientist, Waters Corporation has studied organic acid metabolites that play a role in diabetes, cancer and heritable diseases. “If you lose a low-level analyte because of analyte-to-metal adsorption, and don’t detect it in its correct concentration, you’ll never understand if it’s playing an important role in the disease you are studying,” said Smith.