Numbers will more than double to 15 million by 2060, as the population ages 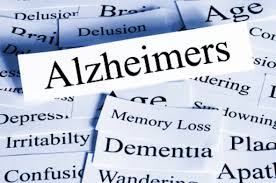 Using new methodology, team of scientists at National Institute of Health calculate that approximately 6 million American adults have Alzheimer’s disease or mild cognitive impairment, which can sometimes be a precursor to the disease. The estimate, funded by the National Institutes of Health, also forecasts that these numbers will more than double to 15 million by 2060, as the population ages.

This new forecast differs from earlier estimates. For the first time, scientists have attempted to account for numbers of people with biomarkers or other evidence of possible preclinical Alzheimer’s disease, but who do not have impairment or Alzheimer’s dementia.

In the Alzheimer’s affected brain, abnormal levels of the beta-amyloid protein clump together to form plaques (seen in brown) that collect between neurons and disrupt cell function. Abnormal collections of the tau protein accumulate and form tangles (seen in blue) within neurons, harming synaptic communication between nerve cells.

People with such signs of preclinical disease are at increased risk to develop Alzheimer’s dementia. The researchers say they factored those rates of transition in their multi-state model; further, the model can estimate the impact of some possible prevention efforts on the number of future cases.