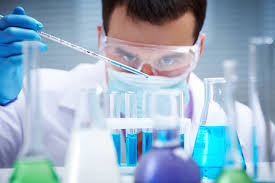 University of Connecticut Health Centre researchers developed and patented voltage-sensitive dyes that cause cells, tissues, or whole organs to light up as a result of electrical impulses and allow this activity to be measured. They have also launched a startup to spread their product, which has potential in the process of drug discovery.

Electrical signals or voltages are fundamental in the natural function of brain and heart tissue, and disrupted electrical signaling can be a cause or consequence of injury or disease.

Not all dyes respond to voltage changes in the same way, and there is a common trade-off between their sensitivity and speed. Slower dyes can be used for drug screening with high sensitivity, but they can't measure the characteristics of rapid action potentials in some tissues, like cardiac cells. Fast dyes can be used to image action potentials, but they require expensive, customized instrumentation, and are not sensitive enough for crystal clear results on individual cells.

In order to make the electrical potential visible, researchers use fluorescent voltage sensors, also known as voltage-sensitive dyes. In this study, researchers have developed new fast dyes that are also highly sensitive, eliminating the speed/sensitivity trade-off.

The team members hope that one day their dyes will have a major impact for both the pharmaceutical industry and fellow university researchers.