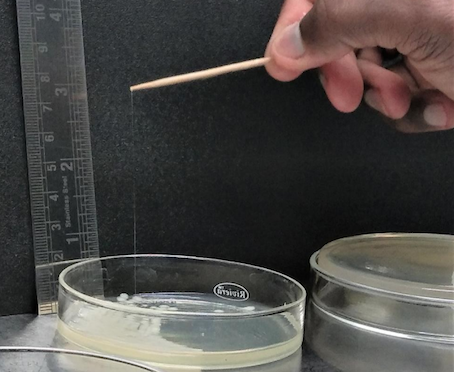 Indian Institute of Technology Jodhpur (IIT-J) research team led by Dr Shankar Manoharan, Assistant Professor, Department of Bioscience & Bioengineering, is studying the mechanisms behind virulence (the ability to cause disease) and antibiotic resistance (ability to resist killing by antibiotics) of a dangerous bacteria called Klebsiella pneumoniae.

The studies, performed in collaboration with scientists from the All India Institute of Medical Sciences (AIIMS) Jodhpur and Vellore Institute of Technology, use genomics and molecular biology approaches to identify new genes responsible for the bacteria’s potency.

Klebsiella pneumoniae is one of the pathogens on the World Health Organisation’s priority list and is a significant cause of hospital-acquired diseases such as pneumonia, bloodstream infections, and infections among ICU patients and newborns. Because of its high virulence and antibiotic resistance, the management and treatment of Klebsiella pneumoniae have challenged the medical and scientific community worldwide.

It has been known that the capsule and mucous-like protections in Klebsiella pneumoniae are driven by the rmpA, rmpA2, rmpC, and rmpD genes. However, phenotyping and genomic analysis of P34 by the IIT Jodhpur team showed that this strain does not have any of these genes. This means that there are genes other than the rmp family of genes that are responsible for the hypermucoviscosity and virulence of the bacterium.