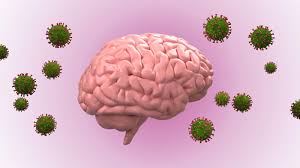 A research team from the Indian Institute of Technology (IIT) Indore utilised the Raman microspectroscopy technique, supported by the Department of Science and Technology (DST) under Fund for Improvement of S&T Infrastructure (FIST) scheme to explore the possible impacts of a cancer-causing virus on brain cells. The technique based on Raman Effect is a simple, cost-effective tool to find sensitive chemical changes in biological samples.

Scientists have found that the cancer-causing virus Epstein Barr Virus (EBV) can infect the neuronal cells and drive various changes in biomolecules such as fatty acids, carbohydrates, and protein components, leading to diseases of the central nervous system as well as brain cancer.

The study, published in the journal ACS Chemical Neuroscience, showed that there could be timely and gradual changes in various biomolecules in the neuronal cells under the viral influence. Additionally, these changes were distinct when compared to the changes observed in other supportive brain cells (that is, astrocyte and microglia).