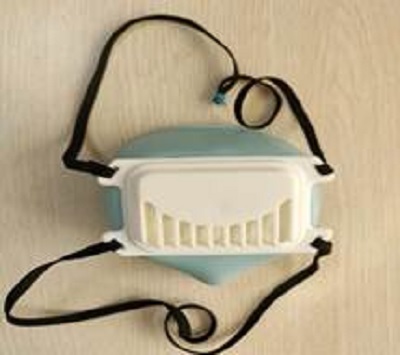 Researchers from Amity University Haryana (AUH) and the University of Nebraska, US, have developed a reusable, recyclable, washable, odourless, non-allergic and anti-microbial N95 mask by using 3D printing technology. The four-layer mask whose outer layer is made up of silicon has a shelf life of more than five years depending upon the use.

The mask can be modified according to the requirement by changing the filter configuration according to the place in which it will be used and can help prevent severe lung diseases such as SILICOSIS. A trademark and a patent have also been filed for the mask called Nano Breath.

A 4-layer filtration mechanism has been provided in the mask wherein the outer and first layer of the filter is coated with nanoparticles. The second layer is a high-efficiency particulate absorbing (HEPA) filter, the third layer is 100 µm filter and the fourth layer is a moisture absorbent filter.

A Zetasizer Nano ZS, a facility supported by the ‘Fund for Improvement of Science & Technology Infrastructure’ (FIST) project of the Department of Science & Technology (DST), Government of India which enables high-temperature thermal analysis for ceramic materials and catalysis applications, has been used to carry out this work. It is a high-performance, versatile system for measuring particle size, zeta potential, molecular weight, particle mobility and micro-rheology.