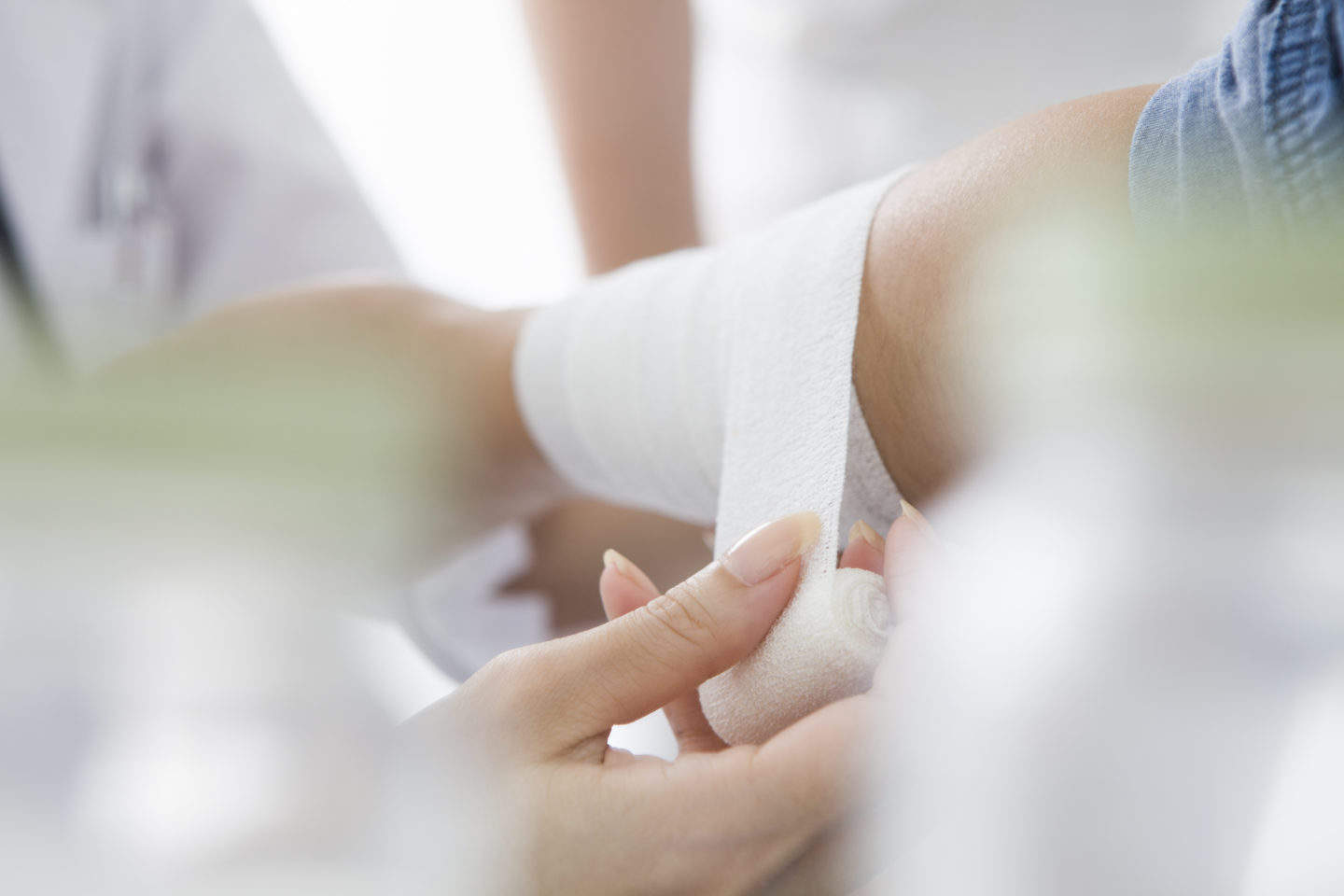 Scientists from Institute of Advanced Study in Science and Technology (IASST), Guwahati, an autonomous institute of the Department of Science & Technology, Govt. of India have developed a pH-responsive smart bandage that can deliver the medicine applied in the wound at the pH that is suitable for the wound.

The scientists have developed the delivery system by fabricating a nanotechnology-based cotton patch that uses cheap and sustainable materials like cotton and jute.

In the research by Dr Devasish Chowdhury, Associate Professor IASST, a nanocomposite hydrogel bound compact cotton patch incorporated with jute carbon dots was fabricated to carry out the drug release. Jute has been used for the first time as a precursor in synthesizing fluorescent carbon dots, and water was used as the dispersion medium. Herbal formulation neem leaf (Azadirachtaindica) extract was taken as the model drug to exemplify the release study.

The stimuli-responsive nature of the fabricated hybrid cotton patch acts as an advantage as in case of growth of bacterial infections in a wound, and this induces release of drug at lower pH which is favourable under these conditions. This pH-responsive behaviour of the fabricated cotton patch lies in the unique behaviour of the jute carbon dots incorporated in the system because of the different molecular linkages formed during the carbon dot preparation.

Dr Devasish Chowdhury’s group had earlier fabricated a compact cotton patch that showed excellent wound healing ability but posed a disadvantage because of uncontrolled release when drug was loaded to it. In the present work, they controlled the drug release of the cotton patch, thereby making it a smart wound dressing material.

Around any wound, pH changes due to bacterial infections. Hence they developed a pH-responsive drug delivery system with the cotton patch. Carbon dots which are zero-dimensional nanomaterials, due to their unique carbon core and surface functional groups can be designed to exhibit different behaviour towards different pH. They are also known for their low toxicity and great biocompatibility. Therefore, different carbon dots were used as a nano-filler in fabricating hybrid cotton patches to check the drug release behaviour.

The development of such a stimuli-responsive behavior of hybrid cotton patch paves the way for utilizing it as smart wound-dressing or bandage material. Use of cheap and sustainable material like cotton and jute to fabricate the patch makes the whole process biocompatible, non-toxic, low cost and sustainable.