New technology provides the doctor not only with standard ultrasound images, but also with additional information about those tissues which are poorly distinguished acoustically 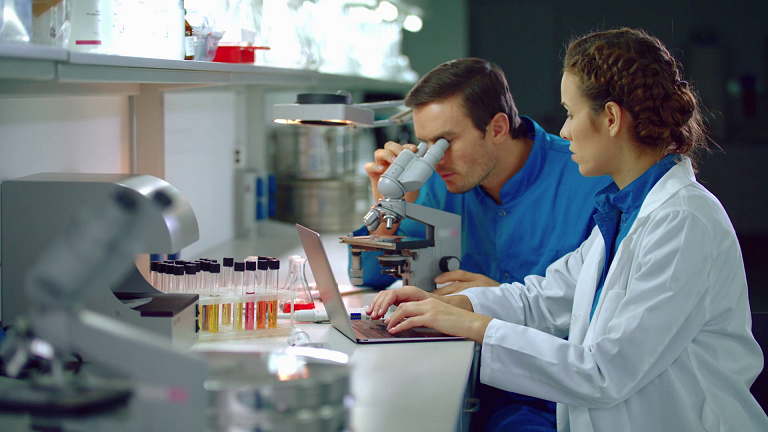 A group of scientists from NUST MISIS, Russia has developed a universal system for real-time optical-acoustic and laser ultrasound tomography. One of the promising areas of use of the new device is biomedicine. This system will allow to detect a cancer tumor with high sensitivity and to accurately show its borders in the ultrasound scan format without surgical treatment, as well as to visualize the vessels during operations. The results are published in the international scientific journal Photoacoustics.

The device developed at the NUST MISIS Laboratory of laser ultrasound non-destructive control can be used for detecting oncological tumors, as well as for online visualization of the patient's blood vessels, diagnosing the insertion of medical needles or other instruments into the vessels during various procedures, such as shunting or stenting.

The development solves the problem of low contrast and low-resolution images of many biological tissues and organs obtained with standard ultrasound. In comparison with conventional ultrasound, the new technology provides the doctor not only with standard ultrasound images, but also with additional information about those tissues which are poorly distinguished acoustically (using ultrasound), but at the same time have different absorption capacity. These tissues include cancer.

The whole system is based on a well-known physical phenomenon – the optoacoustic effect. The essence of it is following: laser radiation of a very short wavelength is absorbed in the irradiated object (in this case, living tissues of the body), which leads to rapid heating of a part of this object. Heating leads to the expansion of the substance of tissues and the corresponding excitation of ultrasonic waves. Thus, irradiation with short laser pulses leads to "vibration" of a tissue area and the emission of ultrasound by it. Roughly speaking, a living organ "squeaks" on ultra-high tones.

"In the installation, laser radiation is used to excite ultrasound in two modes. In the first one, which is optoacoustic, light is absorbed directly in the object under study (a small portion of a blood vessel or tumor begins to 'vibrate'). The waves excited in this way are recorded by a multitude of receivers (a special acoustic antenna), and the signals from these elements are then used to build accurate images of the object, providing contrast  for light absorption," said Vasily Zarubin, one of the co-authors, engineer of the NUST MISIS Laboratory of laser ultrasound non-destructive control.

"In the second, laser ultrasound mode, the light is absorbed in a special plate, and this plate begins to 'vibrate'. The waves excited in it are used to study the object in a manner similar to the standard ultrasound. In this case, ultrasonic waves are scattered by in homogeneities of the object and are received by the same acoustic antenna. The signals from it are used to construct the final laser ultrasound images."

Thus, the device allows receiving two types of images at the same time - optical-acoustic and laser ultrasonic. Images of the first type provide optical contrast - they allow to clearly distinguish areas that absorb optical radiation in different ways. The second type of images (laser ultrasound) provides acoustic contrast - allows you to clearly distinguish areas that reflect ultrasound waves in different ways. Accordingly, the image obtained on the new device as a combination of these two types provides physicians with much more information for diagnostics in comparison with standard ultrasound.