As per the 2018 statistics of World Cancer Research Fund, colorectal cancer i.e. cancer of the colon or rectum is the third most common cancer worldwide with over 1.8 million new cases in 2018. 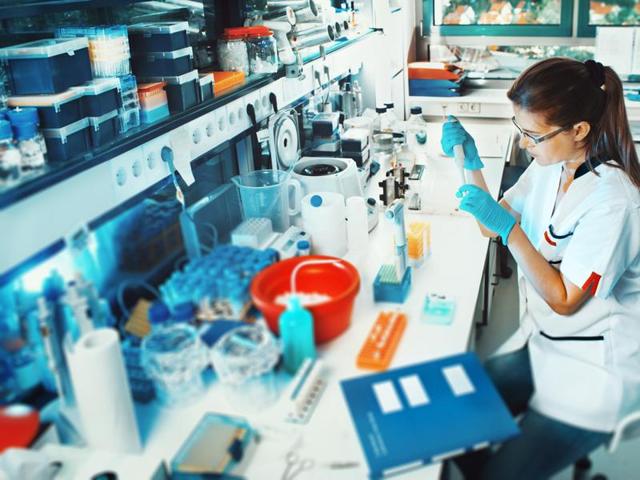 Cancer is one of the most complex diseases and one of the main reasons for loss of human life around the world. As per the latest reports of World Health Organisation, the global cancer death rate is likely to increase from 45 per cent to 70 per cent by 2030. Though there are many hypotheses, the exact cause of cancer still remains a mystery while doctors and researchers around the world continue to make endless efforts to find its cure and to improve the present methods and existing treatments.

Researchers of Shoolini University are involved in independent and collaborative projects relating to cancer. One such research-project being undertaken by the research scholars of the School of Pharmaceutical Sciences is related to colon cancer, which is one of the most common cancers in both men and women around the world.

As per the 2018 statistics of World Cancer Research Fund, colorectal cancer i.e. cancer of the colon or rectum is the third most common cancer worldwide with over 1.8 million new cases in 2018. Most of the anti-cancer drugs being given are toxic. Therefore, high dose beyond a particular level is not possible. As a result, treatment of the patient gets slowed down. Further, indiscriminate distribution of drugs in body because of non-targeted drug delivery in chemotherapy is yet another limitation of existing treatments for the disease. Dosage reduction, targeted delivery and smart drug delivery systems are some of the major approaches being studied by the research scholars to overcome these limitations.

Smart drug delivery systems are ones such as gels which change the drug release profile depending upon surrounding biological conditions and can thus be called 'smart'. Dr. Poonam Negi, who is heading the research said, "There exists a plethora of anti-cancer drug delivery systems that have taken the advantage of the slight difference of pH existing between healthy tissues (pH∼7.4) and that of solid tumors (pH 6-7). However, limitations exist with regard to their stability, consistency of release and other issues, which restrict their commercial application."

Recognising the fact that there is a difference in pH of normal cells and that of tumors, researchers from the Pharmacy Department at Shoolini University have designed a 'smart gel' which is pH responsive and is designed for topical/oral and intramuscular or surgical insertion at site. Dr. Negi explained, "It releases anti-cancer drug, as per tumor growth and associated pH change. Thus, the tumor gets a 'sustained release' of drug in case it grows, otherwise the drug is not released, if there is no tumor growth and hence no pH change is there."

Dr. Poonam added that although a number of patents and publications are disclosed in the prior findings relating to smart nanogels for delivery of anti-cancer drugs, none discloses the specific gel of the present invention, which is unique in terms of sensitivity and the process involved.

A provisional patent entitled smart anti-cancer nanogel was co-filed by Chetna Verma, Dr. Poonam Negi and Dr. Deepak Pathania on November 21 last year. Dr. Poonam is an Associate Professor in the School of Pharmaceutical Sciences, while Miss Chetna was her PhD student who is now a Post Doctoral fellow at the Indian Institute of Technology, Delhi. Dr. Deepak Pathania is the Head of Department, Department of Chemistry in the Central University of Jammu. Prof. Bhuvnesh Gupta who is currently a Professor with IIT Delhi has also contributed to this research.

Set up in 2009, Shoolini University of Biotechnology and Management Sciences is a research-driven private university with full-recognition from the UGC. A leading university of India, it is recognised for its focus on innovation, quality placements, and world-class faculty. Nestled in the lower Himalayas, the university has received accreditation from NAAC and it is ranked by the NIRF.