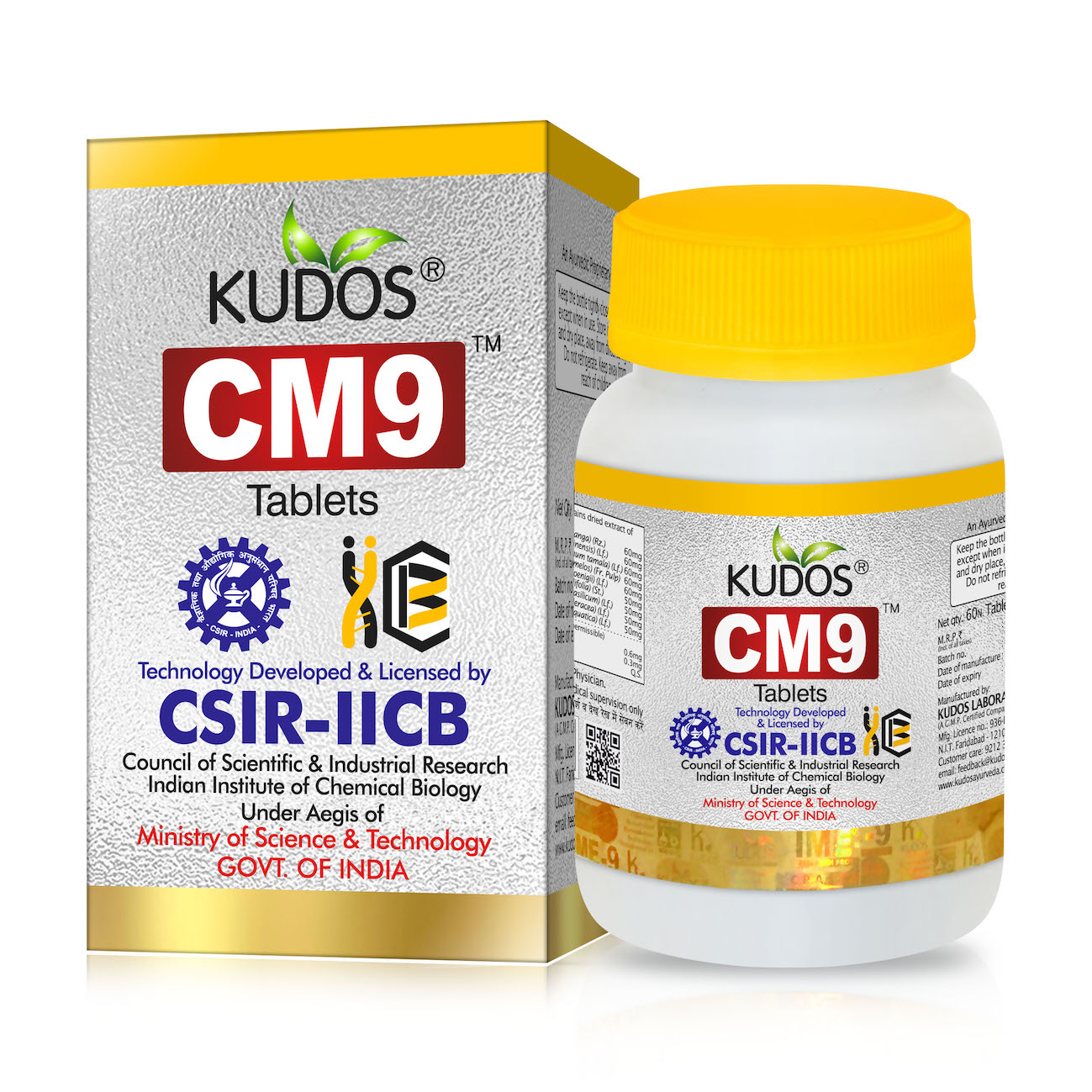 “Kudos CM 9” the first ever ayurvedic invention in the World for Cancer treatment researched & developed by Ministry of Science & Technology, CSIR-IICB (Council of Scientific & Industrial Research-Indian Institute of Chemical Biology) was recently launched. This is the world’s first non-chemical, non-synthetic Ayurvedic Drug to combat the deadly menace of cancer.

Cancer is growing rapidly all over the world at an alarming pace and is the major cause of morbidity and mortality. It may be noted that nearly 2900 death per day and approximately 10,60,000 death per year takes place in India alone, due to cancer.

Prof. Chitra Mandal, Senior Scientist, Cancer Biology & Inflammatory Disorder Division, CSIR- IICB said, “Kudos CM9 is the result of 30 years of extensive research by Ministry of Science & Technology, CSIR-IICB to find the first ever ayurvedic cancer cure drug which has no side effects and has been proven to be the most effective and the safest medicine for the dreadful disease Cancer.”

“Kudos CM9 helps to prevent, fight and cure cancer at every stage, i.e. genesis, growth and spread of cancer. Kudos CM9 is equally effective in those patients who have become resistant to chemotherapy, radiotherapy and hormone therapy. Kudos CM9 is also highly useful for those patients, who are not fit for surgery, chemotherapy and radiotherapy due to old age, marked weakness or any other factor”, she added.

“The standard treatment of cancer includes radiationtherapy, chemotherapy and surgery. The cancer drugs currently available in market are synthetic and treatment is very costly, as the cost of these drugs are beyond the reach of common people. Drug resistance is another problem which is one of the causes for relapse.  Many of the clinically approved targeted cancer drugs quickly acquire drug resistance. Majority of cancer drugs show severe side effects.” Dr Priyanka further added.

Prof. Samit Chattopadhyay, Director of CSIR-IICB & CSIR-NEIST said, “CSIR-IICB (Council of Scientific & Industrial Research-Indian Institute of Chemical Biology) has transferred this unique Anti-Cancer Technology to Kudos Laboratories India - Kudos Ayurveda a trusted company for Ayurvedic medicine in India with over 100 years of experience in Ayurveda to manufacture and market this wonder drug Kudos CM9 in India & globally for the benefit of masses at large.”

Kudos CM 9 will go a long way in the treatment of millions of Cancer patients all over the world.