This study has been jointly carried out by researchers of Amity University, Noida, Jamia Millia Islamia University, Delhi and Maharishi Dayanand University, Rohtak. The research team has published a report on the study in the recent issue of research journal Scientific Reports. 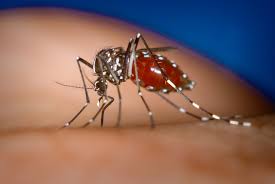 Indian scientists have developed a biosensor technique which can be potentially help in detecting Chikungunya virus. According to the scientists, the technique can be used to develop a point of care device for rapid identification of the dreaded disease.

This technique is based on molybdenum disulphide nanosheets. The researchers synthesized the nanosheets by chemical route and characterized them by using scanning electron microscopy, transmission electron microscopy, UV-visible spectroscopy, Raman spectroscopy and X-ray Diffraction. Molybdenum disulphide nanosheets were then subjected to physical adsorption onto the screen printed gold electrodes and then employed for the detection of chikungunya virus DNA using electrochemical voltammetric techniques.

This study has been jointly carried out by researchers of Amity University, Noida, Jamia Millia Islamia University, Delhi and Maharishi Dayanand University, Rohtak. The research team has published a report on the study in the recent issue of research journal Scientific Reports.

Conventionally, Chikungunya is detected through RT-PCR (Real-time polymerase chain reaction) from serum samples or by determination of serum antibodies. These methods are time consuming and the procedure is cumbersome. Thus, there was a need for a rapid and point-of-care diagnostic tool.

“Advantages like rapid response time and suitability for mass production associated with detection of DNA hybridization have triggered development of DNA-based electrochemical biosensors. These advantages motivated the present work. A practical advantage of electrochemical detection could have future implications in translating to cheap assays using single-use screen-printed electrodes, which is an ideal tool due to their low cost, disposability and design flexibility as compared to traditional electrode materials,” said the researchers.

However, some other experts felt that the technique was not a new idea as it was used commonly for developing biosensors. Prof. Ashok Kumar, scientist at New Delhi based CSIRs Institute of Genomics and Integrative Biology, who was not involved in the study, told India Science Wire, “In this study researchers are detecting synthesized small fragments of cDNA and not taking RNA samples from chikungunya which is essential for diagnosis of disease. They have just hybridized with complementary strands of DNA. Even validation was carried out using spiked DNA samples in blood serum which is not correct for real samples. Sensitivity of the sensor cannot be applicable with real samples of RNA of the patients.”