The device is composed by several parallel compartments, arranged to emulate the retinal layer structure. 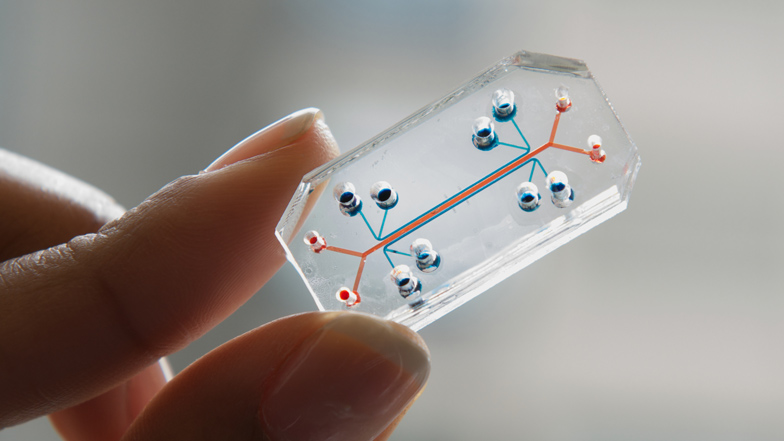 A team of scientists from the Biomedical Applications Group of the Microelectronics Institute of Barcelona (IMB-CNM) of the Spanisch Council for Scientific Research (CSIC), the CIBER-BBN, the Diabetes and Metabolism group of the Vall d'Hebron Research Institute (VHIR), CIBERDEM- Institute of Health Carlos III, and the Universitat Autònoma de Barcelona (UAB) has developed a microfluidic device that mimics the human blood-retinal barrier.

The device is composed by several parallel compartments, arranged to emulate the retinal layer structure. In every compartment a type of cells has been cultured- endothelial cells which constitute capillary vessels which carry oxygen and nutrients, neuronal cells which form the neuroretina, and retinal pigmented epithelial cells, which form the outer layer of the blood-retinal barrier.

The compartments are interconnected by a grid of microgrooves under the cells, with which cells can exchange signal molecules and therefore communicate between them.

This device, scientists say, can be used to study the effects of molecules or harming conditions on the human retina. The team also wants to use the device to study the diabetic retinopathy, a disease whose causes and progression are not well understood yet.