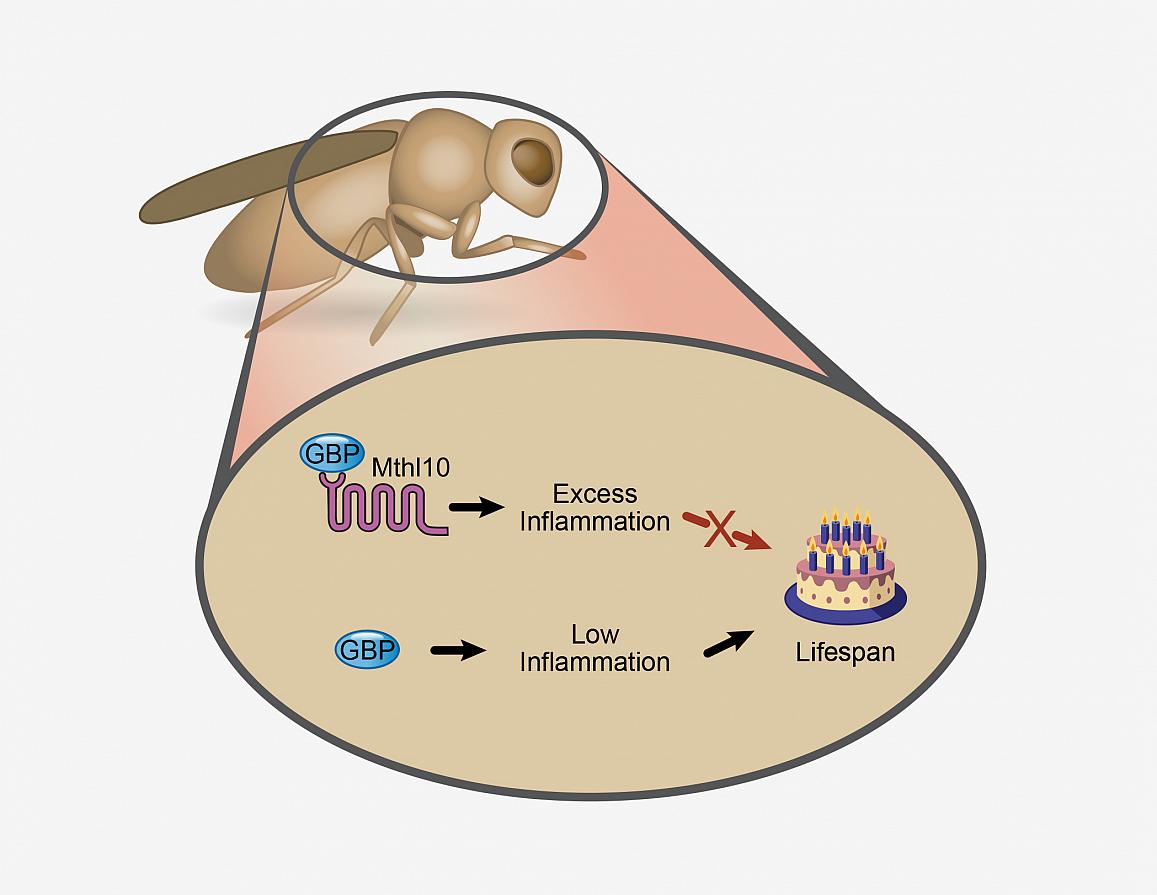 According to the new research by National Institutes of Health, a shorter life may be the price an organism pays for coping with the natural assaults of daily living. The scientists used fruit flies to examine the relationship between lifespan and signaling proteins that defend the body against environmental stressors, such as bacterial infections and cold temperatures.

Since flies and mammals share some of the same molecular pathways, the work may demonstrate how the environment affects longevity in humans.

The research identified Methuselah-like receptor-10 (Mthl10), a protein that moderates how flies respond to inflammation. The finding provides evidence for one theory of aging, which suggests longevity depends on a delicate balance between proinflammatory proteins, thought to promote aging, and anti-inflammatory proteins, believed to prolong life.

These inflammatory factors are influenced by what an organism experiences in its every day environment.

Corresponding author Stephen Shears, National Institute of Environmental Health Sciences (NIEHS) at NIH said, “Mthl10 appears on the surface of insect cells and acts as the binding partner to a signaling molecule known as growth-blocking peptide (GBP). Once Mthl10 and GBP connect, they initiate the production of proinflammatory proteins, which, in turn, shortens the fly’s life. However, removing the Mthl10 gene makes the flies unable to produce Mthl10 protein and prevents the binding of GBP to cells. As a result, the flies experienced low levels of inflammation and longer lifespans.”

“Fruit flies without Mthl10 live up to 25 percent longer. But, they exhibit higher death rates when exposed to environmental stressors. The research reveals that the ability of a young organism to defend against repeated environmental stress may be an empty victory, because the animal may not live as long. He believes the research may contribute to the discovery of drugs that target excess inflammation induced by signaling proteins in humans, extending life”, he added.

NIEHS visiting fellow and first author Eui Jae Sung said, “When he started the project in 2013, scientists did not know what cell-surface protein was working with GBP to promote inflammation. So, Sung began testing 1700 compounds that could individually suppress the production of every known cell-surface protein in the fruit fly. He looked for the protein that prevented GBP from binding and activating inflammation. He found several candidates, but all were eliminated during further testing, except Mthl10.”

"After verifying that Mthl10 binds to GBP, our Japanese collaborators confirmed it through experiments in fruit flies," Sung said.

Shears also added that, their study proposes that the human counterpart to GBP is a protein called defensin BD2, but the nature of its binding partner is currently unknown. It is not always possible for humans to prevent illness and environmental stress from influencing the level of inflammation they experience. But, there are other steps they can take. Another part of our fruit fly study shows that avoiding excess calorie intake, basically not over-indulging in too much carbohydrate and fat, may reduce levels of proinflammatory proteins."