In the review meeting, he highlighted the state-specific issues and stressed upon the need for regular meetings of State Steering Committee and the Task Forces for strengthening inter-sectoral convergence 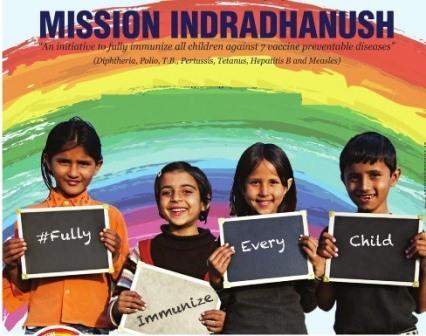 J P Nadda, Union Minister of Health and Family Welfare has reviewed the progress of Intensified Mission Indradhanush (IMI) with the Health Ministers and Principal Secretaries of 24 states.

In the review meeting, he highlighted the state-specific issues and stressed upon the need for regular meetings of State Steering Committee and the Task Forces for strengthening inter-sectoral convergence.

He stated, “We must replicate the good practices and also ensure that the gaps identified in the October and November rounds of Intensified Mission Indradhanush are addressed in the subsequent rounds to reach the target set by the Prime Minister.”

He also suggested that Health Ministers of States and Principal Secretaries should organize video conferencing with the District Magistrates for reviewing IMI at regular intervals.

Preeti Sudan, Secretary (Health), Manoj Jhalani (AS&MD) and Vandana Gurnani, JS (RCH) along with other senior officers were present at the review meeting.

Nadda said that the Health Ministry will give the awards to the best performing districts and States based on the performance in Intensified Mission Indradhanush evaluated through the reported coverage and monitoring findings. The States and the Districts should achieve 90% full immunization coverage for getting rewarded.”

Stressing that immunization is recognized as the most cost effective intervention for protecting children from vaccine-preventable diseases, the Health Minister said, “The gains made under Intensified Mission Indradhanush have to be integrated into routine immunization for sustainability. Together we need to ensure that no child in our country suffers from diseases prevented by vaccine.”

To improve the coverage, Mission Indradhanush (MI) was launched with a strategy to focus on unvaccinated and partially vaccinated children in the pockets of low immunization coverage in high risk and hard-to reach areas identified through Polio micro-plans. More than 2.55 crore children and around 68.71 lakh pregnant women have been immunized during the four rounds of immunization spanning over two years divided into four phases, with each phase comprising of drives of 7 working days each for four consecutive months.

The progress has also been validated by the report of Integrated Childhood & Immunization Survey (INCHIS), according to which the first two phases of MI have led to an increase in full immunization coverage by 6.7%.

IMI has completed two rounds during Oct’17 and Nov’17 except for Assam and Bihar where the sessions began in Nov’17 (due to floods in the preparation phase). IMI sessions will begin in Kerala from January’17 due to ongoing Measles-Rubella vaccination campaign.