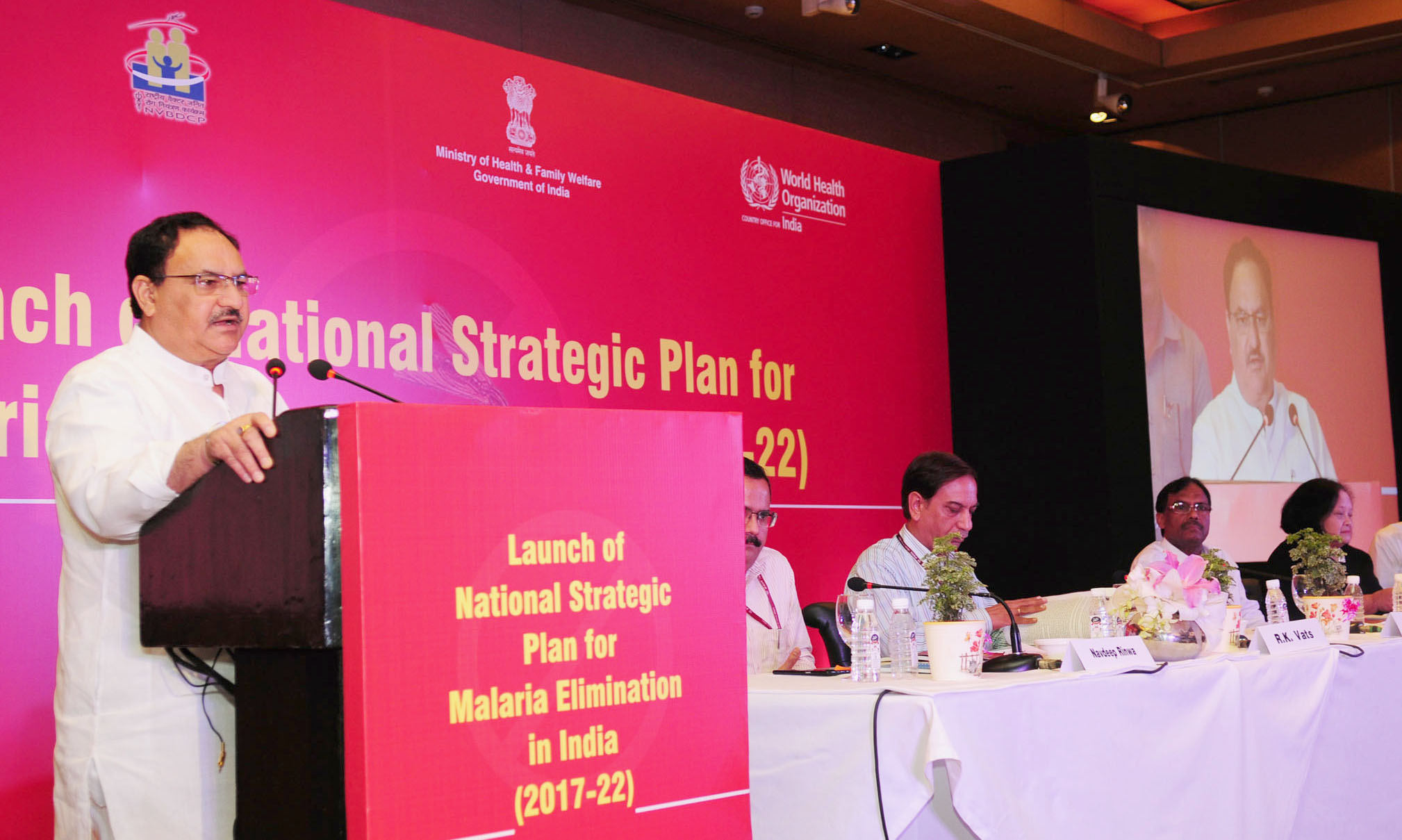 The Strategic Plan gives year wise elimination targets in various parts of the country depending upon the endemicity of malaria in the next 5 years.

Speaking at the launch, Nadda said, “The government would like to eliminate malaria by 2027 and urged the states for active cooperation. He further stated that the programme has to be owned by the states”

The Health Minister further said that encouraging results have been achieved in the North East India and our efforts are now focussed in other states such as Jharkhand, Odisha, Chhattisgarh, Madhya Pradesh and Maharashtra. He further informed that since the past three years focus is on Long Lasting Impregnated Nets (LLINs). The Ministry has distributed 14 million nets and 25 million nets are to be distributed.

Highlighting the salient features of the NSP, Nadda stated, “The strategies involve strengthening malaria surveillance, establishing a mechanism for early detection and prevention of outbreaks of malaria, promoting the prevention of malaria by the use of Long Lasting Impregnated Nets (LLINs), effective indoor residual spray and augmenting the manpower and capacities for effective implementation for the next five years.  Intersectoral coordination is the key, we have to work together with the other Ministries and Municipal Corporations to achieve the desired results”

Dr Suchaxaya Prakin, acting WHO representative to India said, “Today's development is an important step in the direction of global efforts for elimination of malaria in various countries. She informed that one child dies of malaria every two minutes and the burden is the heaviest in the African region. India has the third highest malaria burden in the world. She stressed on harnessing innovation and research along with monitoring and surveillance, and community participation”