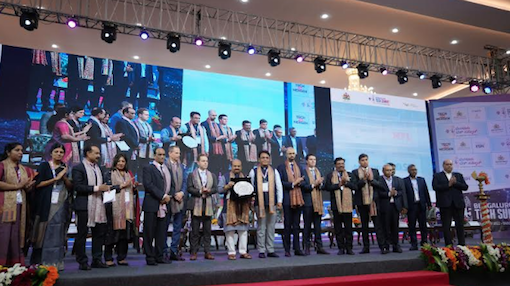 The 25th edition of Bengaluru Tech Summit 2022 opened on 16 November in the form of a glittering ceremony in the presence of a galaxy of leaders from the IT, biotechnology (BT) and startup sectors.

Speaking on the occasion, Basavaraj S. Bommai, Chief Minister of Karnataka announced the setting up of six new cities in Karnataka to promote the growth of the knowledge, science anf technology sectors in the state. These new cities will be developed in Kalaburagi, Hubballi-Dharwad, Mangaluru, Mysuru and Bengaluru. These cities will be well planned, high-tech and help promote IT, BT and startups.

A dedicated Startup Park will be developed near the Bengaluru international airport which will be multi-modal and help promote various spheres of the startup ecosystem. The Minister said that the state needs to do much more for the growth of the startup industry. He also announced that Knowledge and Technology City will be created near Bengaluru International Airport.

He further added that the government will begin work on developing these cities within the next six months. Bommai also called upon the leaders of the scientific world to innovate for the betterment of the human race and develop technologies to create a new healthy human being and better future for all.

Dr C.N. Ashwath Narayan, Minister for Electronics, IT, Bt and S&T, Higher Education; Skill Development, Entrepreneurship & Livelihood, Government of Karnataka said the government of Karnataka has been enabling the right kind of learning and education in a big way to promote the growth of the knowledge sectors. The state government has set a target of achieving $300 billion digital economy by 2025, the share of bio technology will be $36 billion. The Minister lauded the startup industry in Karnataka for achieving distinction of the first and the 100th unicorns in the country.