USAID supports national consultation on the elimination of Tuberculosis in India 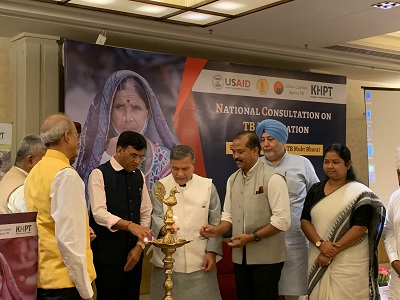 The United States Agency for International Development (USAID), in collaboration with the Karnataka Health Promotion Trust (KHPT), the National Tuberculosis (TB) Elimination Programme, and the Global Coalition Against TB, organised a critical consultation intended to aid national efforts to achieve Prime Minister Modi’s goal of a TB-free India by 2025.

Dr Mansukh Mandaviya, Union Minister for Health and Family Welfare, gave the inaugural address in which he highlighted that health must be a priority if we need to progress and ensure that socio-economic development is achieved.

He announced that a new portal would be launched that could make this a reality. It captures detailed information on TB-related data of the entire county and would be accessible to all. Here an individual could “adopt” a TB patient and take care of their treatment and nutrition. “If each one of us adopts one or several patients the goal of 2025 will quickly be realized,” he said.